There are around 200 properties of this type in Newcastle where the bedroom is supported by two pillars. These pillars were showing signs of deterioration to varying degrees and, given the slenderness of the design, this raised cause for concern. Over the years, previous attempts to repair the pillars had failed so an effective solution had to be found. With the technical support of Weber SBD, a proposal was made for a bespoke specification that would not only offer the reinstatement of the concrete but also increase the strength of the pillars without altering the profile.

A fully designed support structure was erected to facilitate repairs to the individual properties. Hammer testing was undertaken and areas of concrete were cut around to avoid feathered edges. 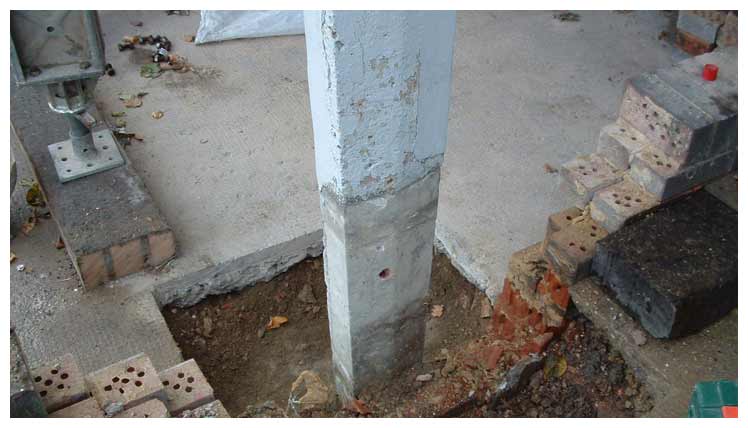 A concrete slab is broken out to expose the base of the pillar. 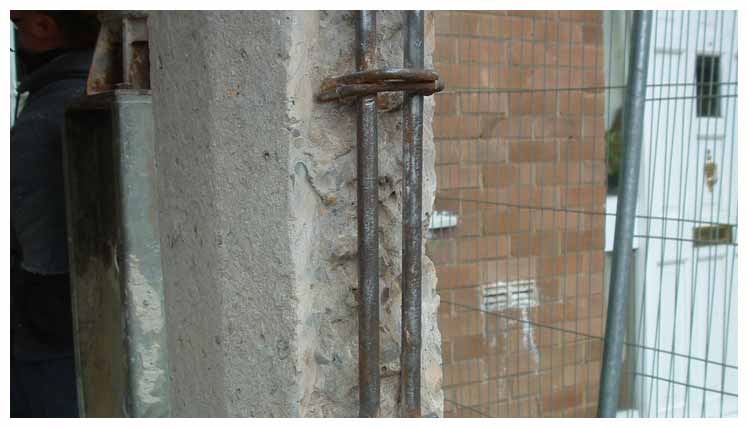 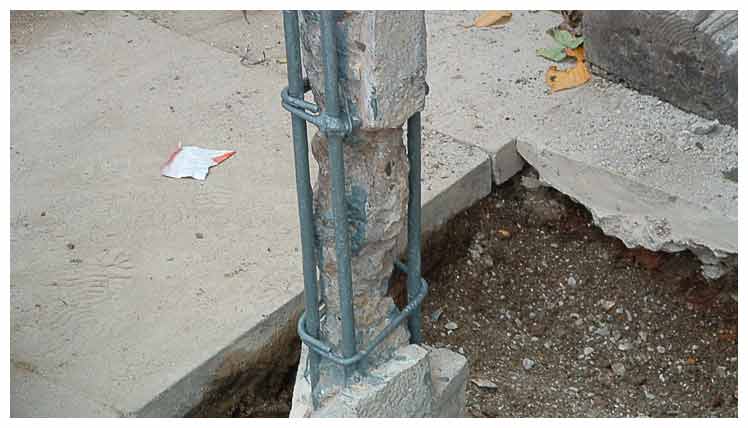 The steel reinforcement is fully encapsulated by an epoxy primer.

Once the steel reinforcement was fully exposed then cleaned, shutters were made and the repairs were poured using Sika Armatec Micro Repair Concrete. The shutters were then removed to reveal the newly cast pillars. The final repairs were then formed using a Sika repair system comprising of Sika Monotop 610 bonding agent and Monotop 620 repair mortar. 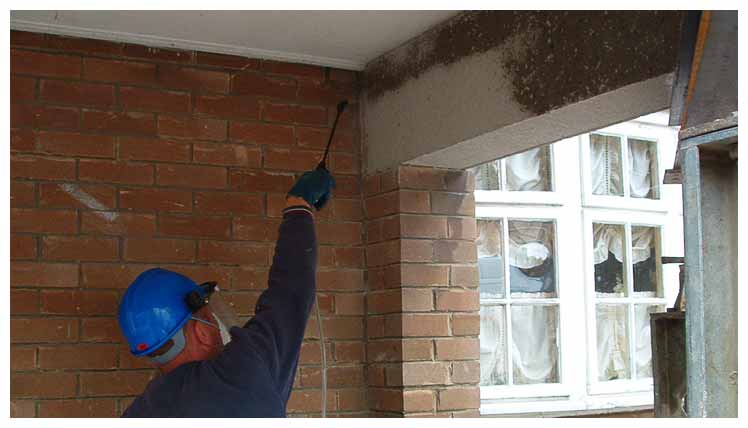 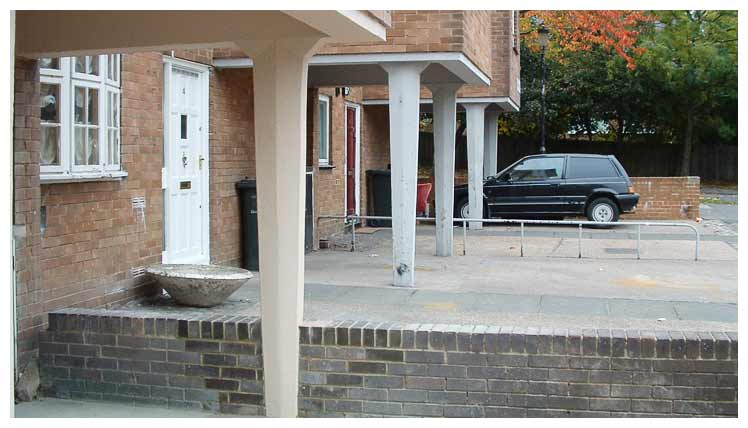 The sharp arrisses of the pillar are ground down and a carbon fibre structural repair system is pressed into place with a roller. Further sealer coats are then applied. The brickwork and pavement concrete is reinstated. An elastomeric coating is applied upon completion.

As a result of this successful pilot, St Astier Ltd went onto carry out similar repairs to a further 60 properties as well as additional concrete repairs to five blocks of flats, all as part of the Decent Homes Scheme, managed by Wates Construction.