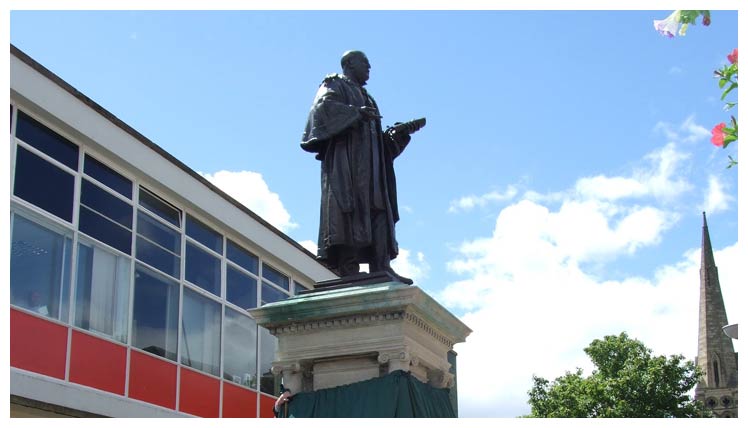 The monument depicting Sir Charles Mark Palmer was inaugurated in 1903. It was unveiled by Lady Palmer and pays tribute to the Town’s first Mayor and famous builder of ships. Employing over 10,000 workers at its peak, Palmer’s Shipyard was once the world’s most prolific shipbuilder, launching more than 900 ships of varying types. Amongst other achievements, Palmer revolutionised naval vessels with the introduction of armour-plating, producing over 100 Royal Navy warships some of which saw battle in the Crimean and First World War.

We removed the monument to Sir Charles Palmer from its former home at Jarrow Riverside Park on the 26th April to make way for works to the new £185 million Tyne Tunnel development. 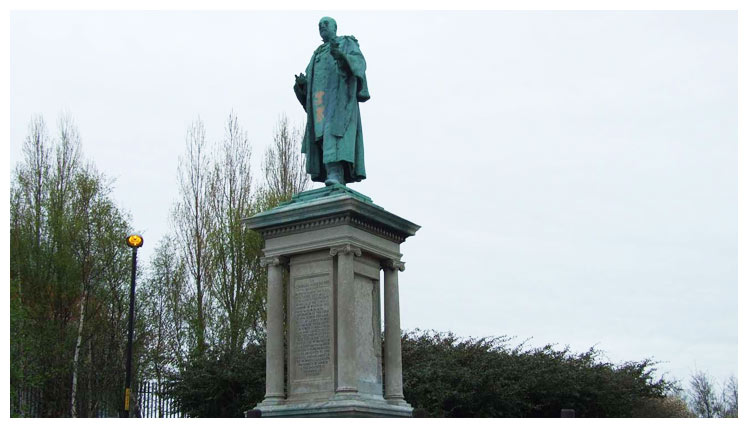 The monument to Sir Charles Mark Palmer standing at Jarrow Riverside Park where it had remained for some 35 years since being removed from its original home outside of The Palmer Memorial Hospital in 1982.

Having been exposed to the elements for a century, the base, pedestal and bronze sculpture had suffered from weathering, discolouration and bird fouling. Sadly the statue had also been vandalised and two bronze panels had been stolen.

We took the monument into storage in order to commence a period of restoration: cleaning the bronze sculpture and removing corrosion before applying a protective coating to safeguard its lustrous appearance for the foreseeable future. 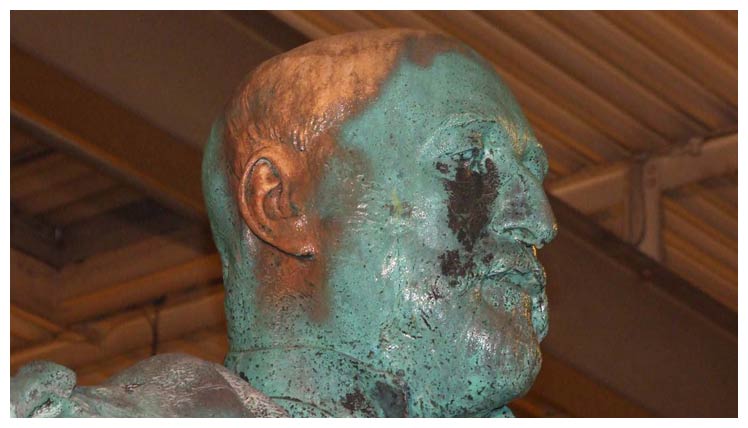 Initial cleaning stages of cleaning using a combination of the Doff System which utilises hot water under pressure, and the Jos System which works on the use of an abrasive medium (Calcite) and water.

We began to carefully rebuild the statue’s base and pedestal on the 4th June and placed the capping stone in place on Monday 11th, sealing in a time capsule to be found by future generations. 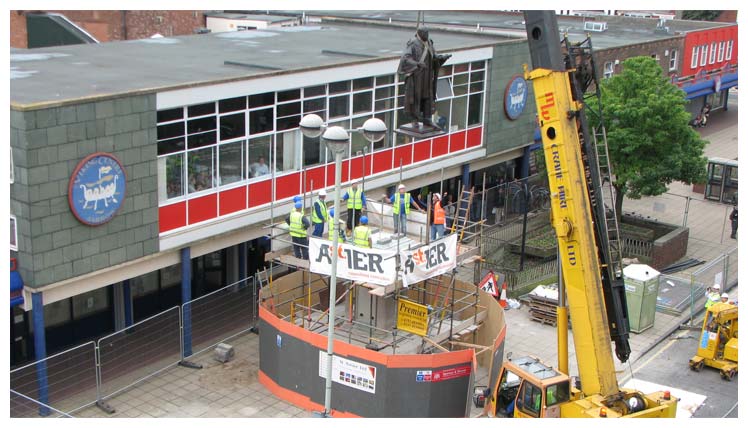 The figure takes its final descent onto the capping stone at the head of the stone pedestal and is subsequently secured by a bronze holding-down bolt which has been patinated to match the patina of the figure itself.

On the 12th the statue was lifted into place. New Coombfield Whitbed Portland Stone steps were subsequently installed, then minor stone repairs, sensitive stone cleaning was undertaken before new and restored plaques were added in time for the statue’s unveiling on the 29th June.