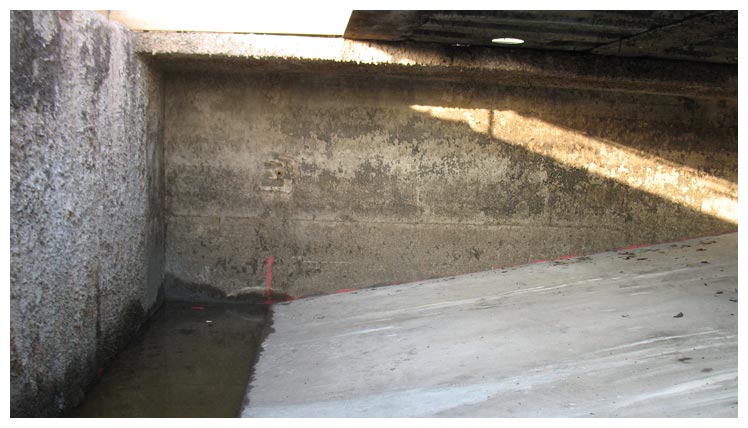 Hydro demolition was chosen as the most suitable means of quickly removing the defective concrete. The vibration-free process uses high pressure water to remove concrete without damaging adjacent areas. Between 75 to 100mm of the concrete surface to the walls and soffit with the depth controlled through careful measurement and the skill of the operative. With the rebar left intact, replacement of steelwork was not required. The hydro demolition process took less than one week to complete, saving valuable time and resources against the conventional breaking out operation using percussive tools which would have almost certainly have taken over twice as long. 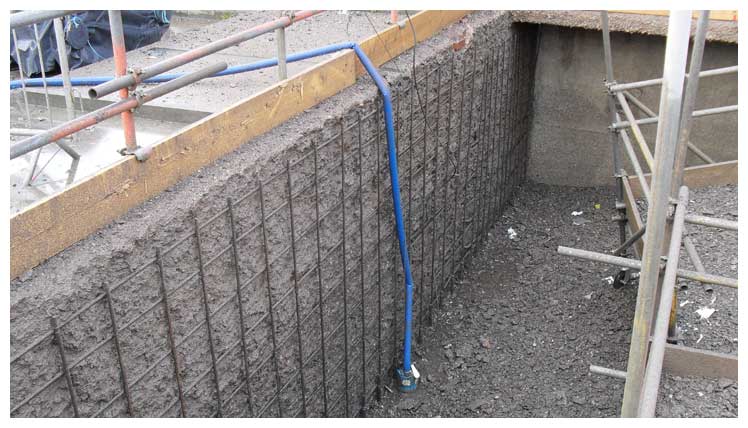 A section of friable concrete is removed using hydro demolition leaving the steel reinforcement clean and intact. The process was repeated around the structure.

With the rebar suitably cleaned, a polymer modified primer for reinforcement protection was then applied to the steelwork as an anti-corrosion measure. A structural framework was used to the internal perimeter of the structure and the surface was pre-damped so that Sika Armocrete –a flowable, cementitious, micro-concrete repair system – could be pumped to cast the concrete wall. 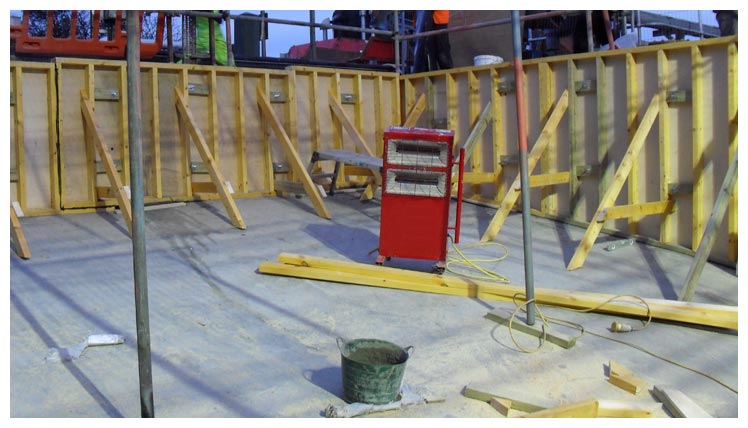 After the correct preparation of the steel reinforcement, structural formwork was installed around the entire perimeter of the tank.

The formwork was then removed and a protective coat for concrete and steel suitable for buried or submerged structures (Sika Poxitar F) was applied to the walls, floor and soffit to provide the necessary protection to the concrete. 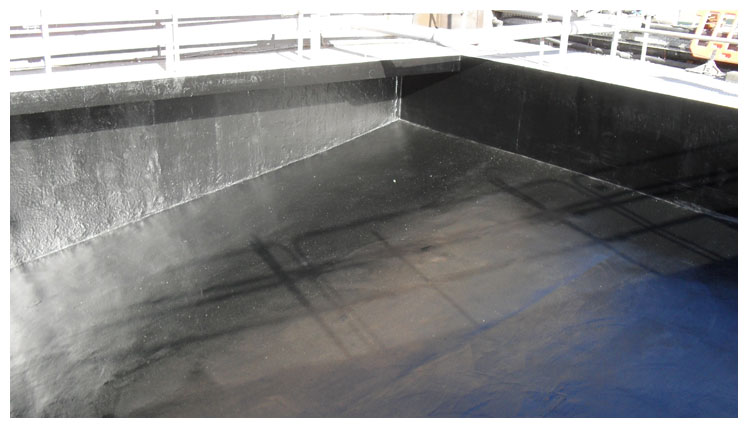 The tank after the application of Sika Poxitar F protective coating.