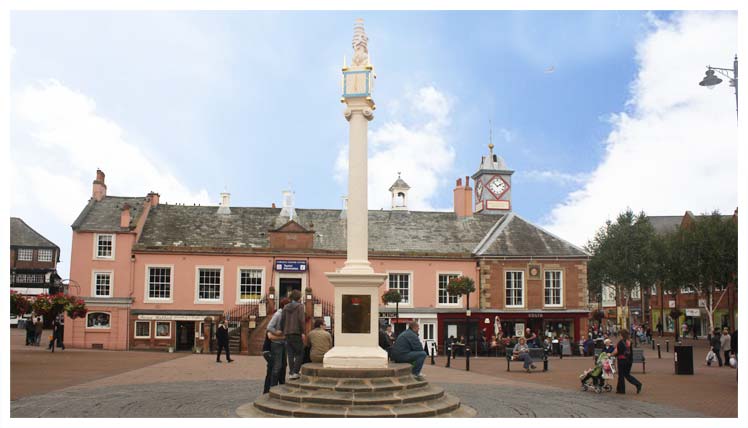 The history of Carlisle market Cross can be traced back more than six hundred & fifty years to a Royal Proclamation of 1352 when the rights of the town [now a city] to hold public markets and an annual August Fair, were declared by the Monarch, Edward 111.

Three hundred years later, in 1682, a 7 metre high, stone monument was erected in recognition of these rights in the City’s Market place, directly outside the Town Hall and on a site of a former Roman Forum. This monument – The Carlisle Market Cross, became a powerful symbol of the pride and independence of the City which stands as a gateway to the nearby border with Scotland.

Over the ensuing three hundred and twenty years, the monument suffered the ravages of the wind and rain blowing in from the Lake District fells and inspection by the City Councils Building Surveyors lead to a plan to restore the Market Cross to its former state.

Initial visual inspection suggested that only cosmetic work would be required – loss of paint, weather staining and repair of open joints to the plinth steps etc. However, when scaffolding was erected to allow more detailed inspection of the upper sections of the structure, serious cracks and evidence of decay were discovered, requiring more invasive structural repair. 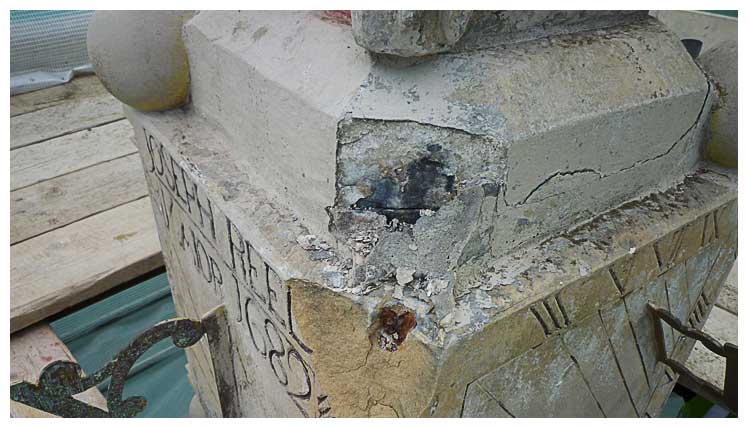 Evidence of decay, friable stone and a fracture to the right side of the sun dial was found upon closer inspection.

The Carlisle Market cross comprises a square sectioned sandstone pedestal mounted on an array of four circular, segmental stone steps, approximately five metre diameter at the base. Above the plinth is a low level cornice block and a circular base stone onto which is mounted a stone column with an Ionic Style Capital at its head. Above this is placed an ornate rectangular display including four sun dials, spiked golden orbs and the carved stone figure of a lion bearing a representation of the City’s Charter. The lion, which faces north to Scotland, bears its teeth in a symbolic snarl of defiance. Above the Capital, the monument had previously been painted and gold-leafed to highlight the intricate carving detail. Following consultation with the City’s Conservation Officer, Structural Engineers and English Heritage, a programme of restoration work began in June 2009. 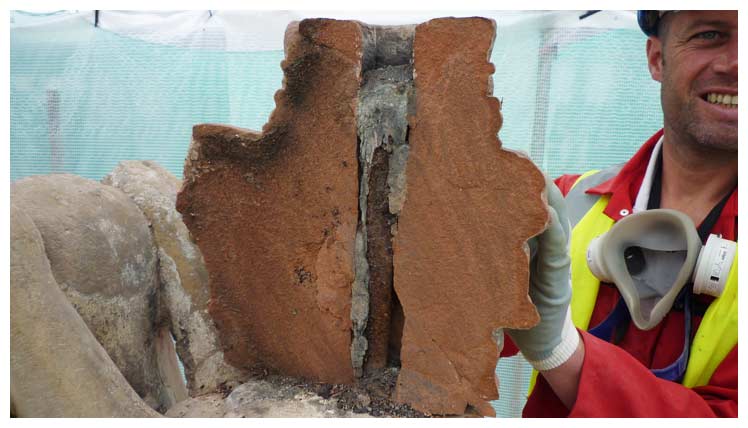 Corroded iron fixings had caused a large fracture to the lion's head.

Our team were able to salvage remnants of the lion’s head and consulted historic drawings and photographs to ensure that an accurate representation of its original snarling face was achieved. Stone from nearby Corsehill Quarry was brought in for the new carving. 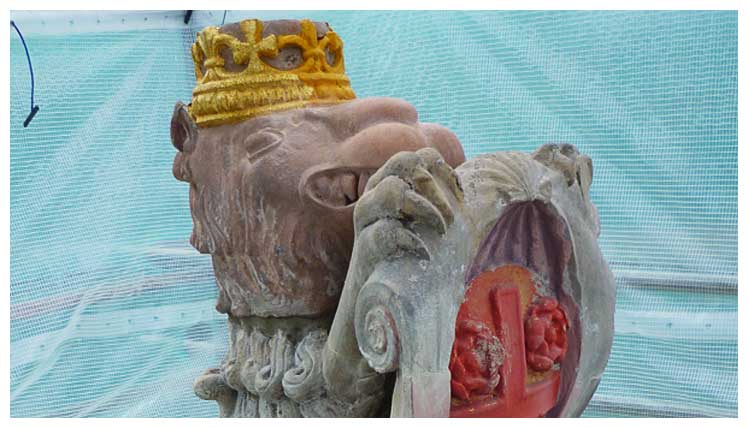 Historic records were consulted to ensure that the newly carved lion's head was faithful to the original.

Although the lower plinth, column, capital, sun dial sections and body of the lion were all originally carved from a cream sandstone material, the lions head is formed in red sandstone. The reasoning behind this anomaly is unclear but such was the restoration team’s attention to detail that matching stone was sought out for the work.

Corroded ferrous pegs and straps originally used to locate and tie together the stone components of the monument were replaced with stainless steel items.

Beneath the lion, fractures to the stone panels bearing the sun dials were repaired and re-bedded on lime mortar. One of the four spiked stone orbs which surround the dials was replaced due to severe fracturing. The original bronze spike was reclaimed, cleaned and refitted. 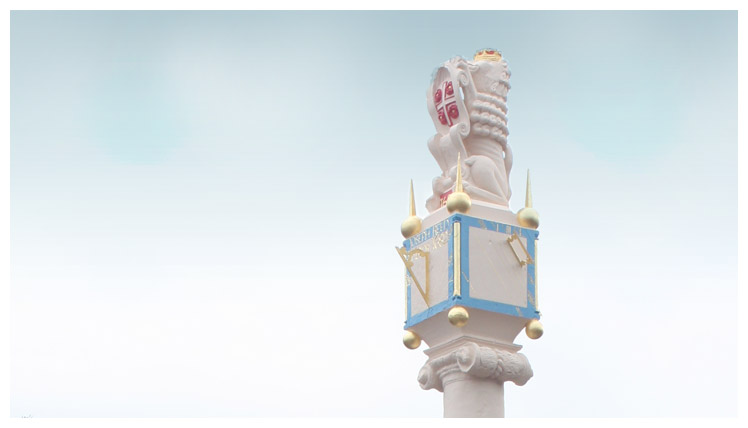 Following all the structural and material repair and replacement, the upper sections of the Market Cross were repainted using a specialist micro-porous paint which will allow the stone to breathe. Intricate detailing was picked out in colours to reflect the historic significance of the monument. Extensive use of gold leaf, particularly to the stone orbs completes the picture.