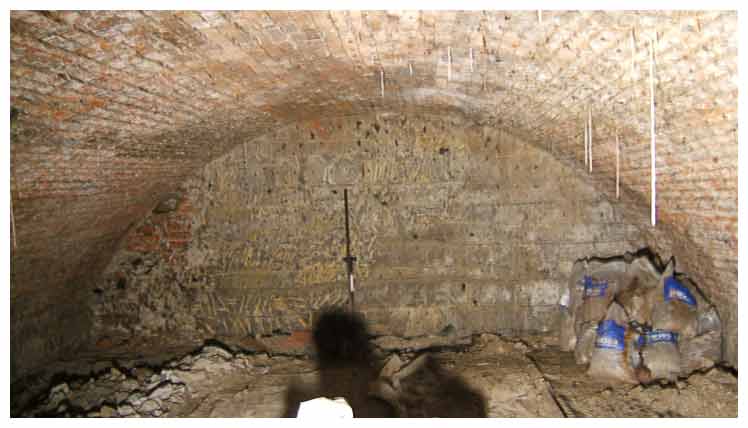 The main cellar area of the Vineyard, 1-3 Grey Street, Newcastle upon Tyne. As with most underground spaces the cellar had suffered from the effects of water ingress and as such was considered an unusable space. The fundamental aim of the project was to therefore provide a dry storage area by installing a cavity drain system to all vaulted ceilings, walls and floors.

However, before such works could be carried out substantial enabling repairs were required to address the apparent structural problems the building had experienced. It was apparent that a previous attempt of waterproofing had been carried out however, there was no evidence to suggest that a drainage system had been installed which is believed to be at the source of the system’s failure.

Prior to any waterproofing works being carried out, a concrete slab was formed to provide a suitable floor to receive the system. Due to logistical site constraints, a section of footpath above a redundant service chute was opened up and following the formation of a consolidated subfloor, concrete was pumped in from above in one swift operation. 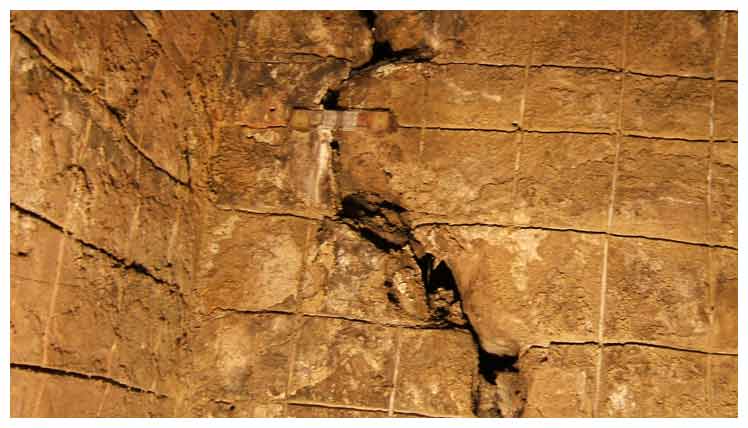 The corridor section of the cellar had suffered from downward movement causing cracks to form in the opposing flank walls and along the vaulted section adjacent to the springing point of the arch.

To reinforce the corridor ceiling, barrel beams consisting of double 6mm helical bars were inserted into the masonry and held in place using high strength cementitious grout. Intermediate Cemflex ties were used to provide an anchorage for the beams to a higher section of the arch. To reconnect the Springer detail of the arch, the ends of the bars forming the barrel beam were anchored into the Pier walls at the springing point at various angles. Intermediate crack stitches consisting of 2 N° stainless steel helical bars at 350mm centres were installed to repair vertical cracks.

All cracks, apertures and voids were filled by injecting Fosroc Conbextra HF, a high flow nonshrink cementitious grout which achieves an eventual compression strength of 82N/mm² and flexural strength of 11.0N/mm².

Following the formation of a 125mm sq rebate, a ‘Waterguard’ Dewatering Channel was installed to the periphery of the room to collect and discharge water into the nearby manhole.

A plain MS500 Delta Membrane System was fixed to the vaulted ceilings, walls and floors using gasket sealed plugs which were subsequently used to provide suitable fixing points for a dry lining system.

Once the delta membrane system was in place, 22mm softwood batons were fixed through its gasket sealed plugs to the ceilings and walls of the cellar avoiding the need to puncture the system. Moisture resistant Gyproc Plasterboards were then fitted to the battens. A plaster skim finish was subsequently applied. 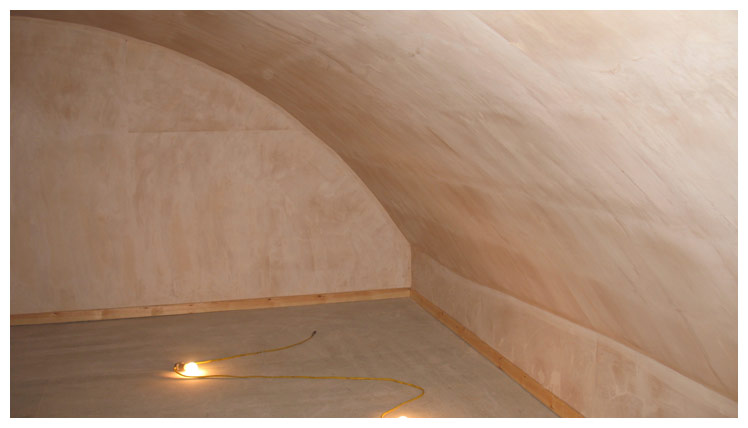 The skim finished arch prior to the installation of services.

Electrical installations consisting of lighting, power and the provision of a simple extract ventilation system were finally installed. The works were carried out over a five week period by an average of three men.