An Award For Sir Charles 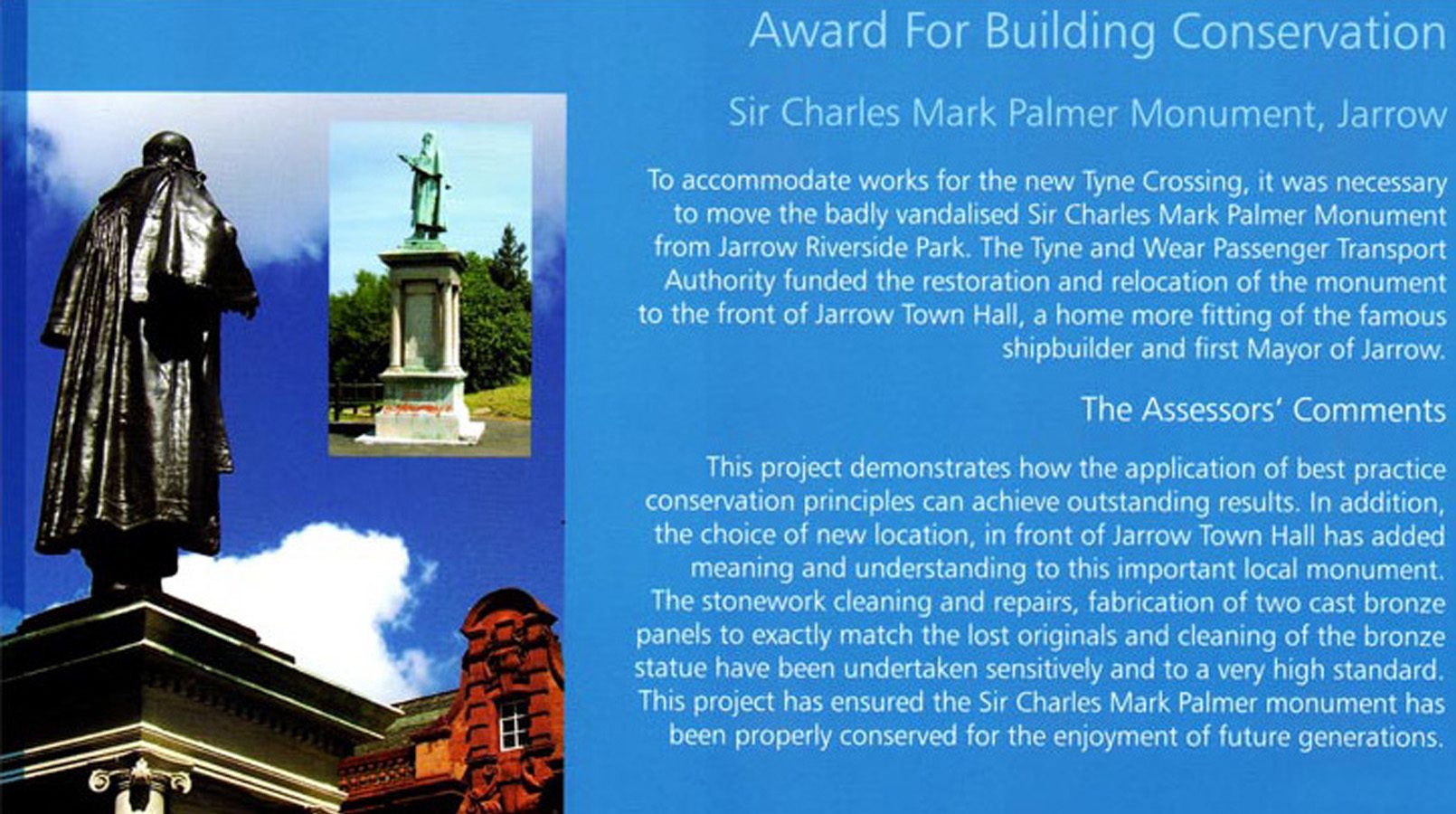 South Tyneside has revealed the winners of their 2008 Good Design Awards and we’re delighted to announce that the project to remove, restore and relocate the statue of Sir Charles Mark Palmer has won an award for Building Conservation.

To accomodate works for the new Tyne Crossing, it was necessary to remove the statue of Sir Charles Mark Palmer from Jarrow Riverside Park. With its move, a decision was taken to fully restore the bronze statue and stonework prior to its relocation to the centre of Jarrow.

The Assessors for the South Tyneside Awards commented, “This project demonstrates how the application of best practice conservation principles can achieve outstanding results…The stonework cleaning and repairs, fabrication of two cast bronze panels to exactly match the lost originals and cleaning of the bronze statue have been undertaken sensitively and to a very high standard”

The project was funded by Tyne and Wear Passenger Transport Authority. Architects for the scheme were Spence & Dower and St Astier acted as main contractor and restorer.