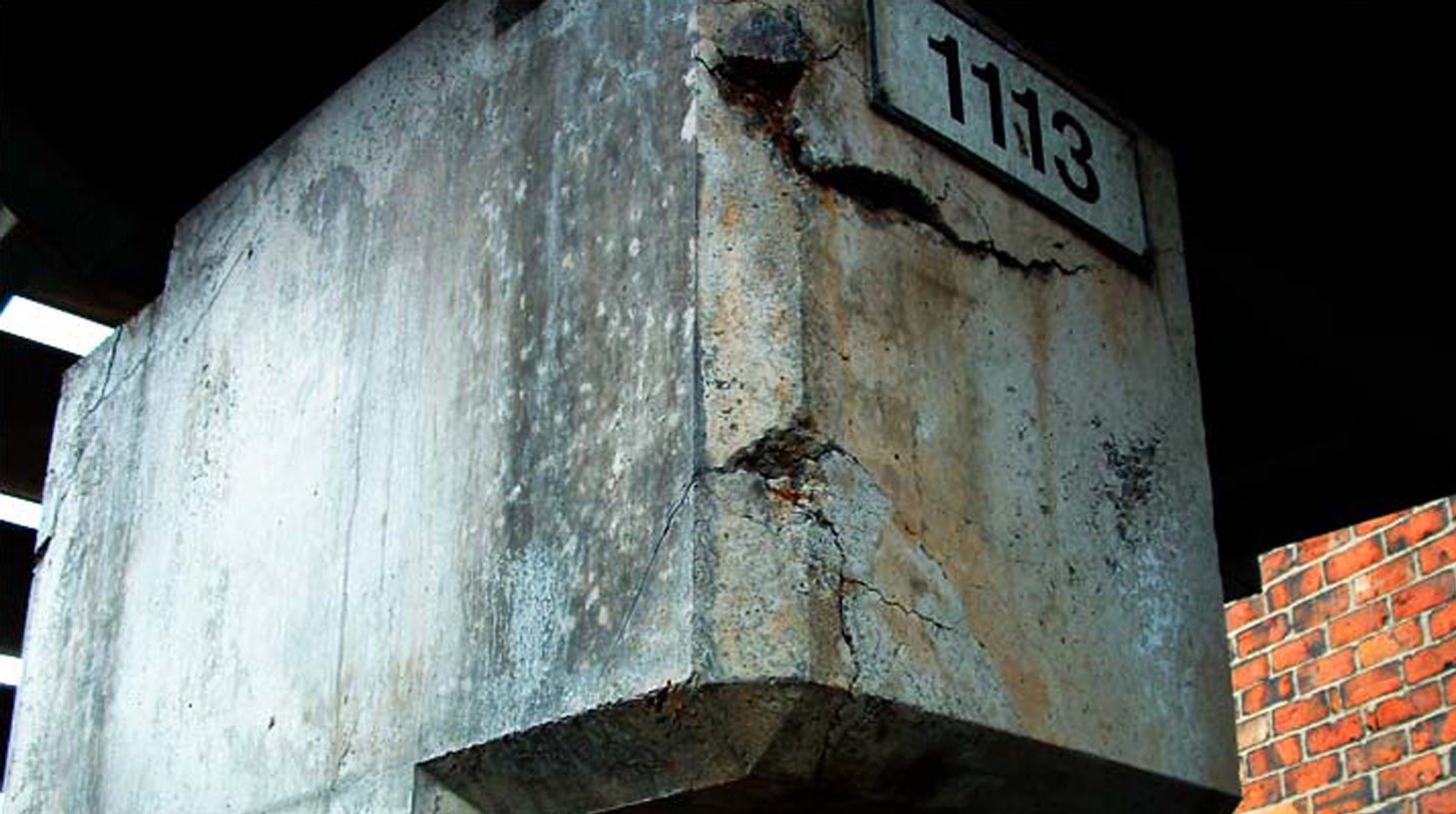 Chloride attack poses a significant threat to reinforced concrete especially for structures in marine environments or those that are likely to be exposed to high concentrations of salts. The net result of chloride attack is the corrosion of steel reinforcement, leading to cracking and spalling of concrete and in some cases catastrophic structural failure as the load bearing capacity of the concrete is compromised.

The mode of attack relies on salts and other corrosive substances, carried by moisture, being absorbed into the concrete via its pores and micropores through capillary action. Once absorbed, these substances act to reduce the PH value of the concrete thereby eliminating its passive oxide layer which would otherwise provide protection to the steel reinforcement. Corrosion takes place as the chloride ions meet with the steel and the surrounding passive material to produce a chemical process which forms hydrochloric acid. The hydrochloric acid eats away at the steel reinforcement.

There are a number of factors that contribute to the rate at which concrete deterioration can occur as a result of chloride attack. The physical characteristics of the concrete itself are chief among these variables. By its very nature, concrete is a porous material with the degree of its strength and durability determined by factors such as the water/cement ratio, compaction and curing. Given the action of chloride attack, the density of concrete becomes an important influencing factor on the rate of its deterioration: concrete with smaller pores and lower pore connectivity will absorb less water or vapour and inhibit its transport thus slowing down the ingress of chlorides into the structure.

The physical condition of surface concrete plays an important role in the rate of deterioration. Where there is existing surface damage particularly in the form of abrasions, cavities or other impact damage the resultant cracks serve to speed up the transportation of moisture and ions to the steel which amplifies the rate of corrosion. Freeze thaw cycles can then exacerbate the process further.

By their very nature and location, sea walls and other marine structures remain most susceptible to chloride attack as sea water is a major source of chloride ions. Chemical manufacturing and processing plants, road bridges, car parks and underground structures are also at risk of premature failure especially where de-icing salts have been used and remain in situ.

Whilst cracking and spalling of concrete accompanied by rust staining is indicative of chloride attack, high strength dense concrete may suffer damage to reinforcement without exhibiting such obvious symptoms until substantial loss of steel has occurred.

Where spalling has taken place, an inspection of the exposed reinforcement will typically reveal black coloured rusting and pitting of the steel where the aggressive hydrochloric acid has ‘eaten’ the reinforcing material.

If you believe you have a chloride attack problem, we can offer a range of concrete repair and protection services based on thorough survey diagnosis to confirm the mechanism of failure.