Getting a North East Institution Back on the Right Track 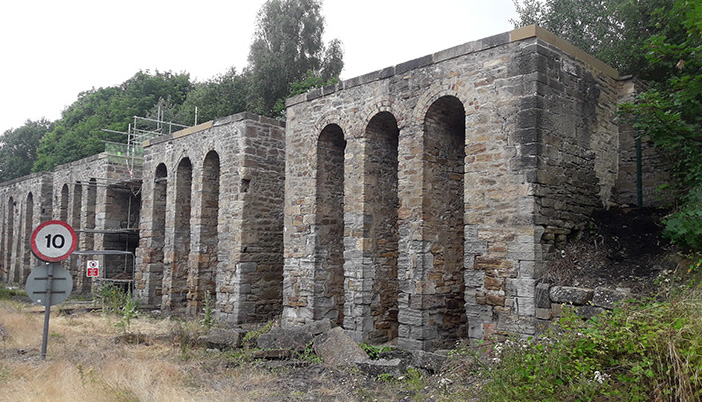 The Shildon of 1800 was a quiet village nestled amongst old colliery towns in County Durham; it boasted a modest population of 100 people. The occupants were hard working folk, whose industries included coal mining, agriculture and textiles. Fast forward 100 years and the population had grown to an incredible 11,760. What could possibly attract so many people to such a small village? The world’s first public railway, of course.

“I have known Shildon for fifty years when there was not a house of any sort at New Shildon, much less a Mechanics Institute. When I surveyed the lines of the projected railway in 1821, the site of this New Shildon Works was a wet, swampy field – a likely place to find a snipe, or a flock of peewits.”

The Stockton and Darlington Railway opened its doors in September 1825 to transport coal from the mining collieries to the larger towns of Darlington and Stockton. Timothy Hackworth was employed by Robert Stephenson and Company to be the railway’s superintendent and was given the role of building Locomotion No. 1, the first locomotive to run on a public railway. 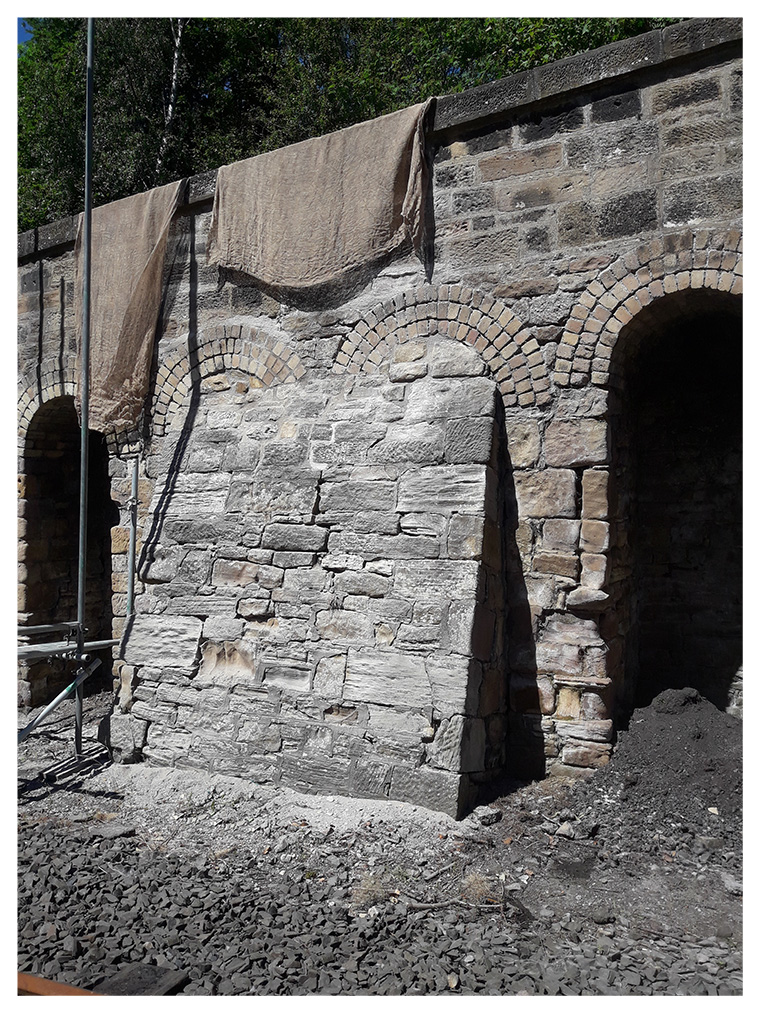 Timothy Hackworth went on to build many more locomotives in his workshop known as Soho Works, including one for the Russian government. The Soho Works and Hackworth’s house, built for him by The Stockton and Darlington Railway Company, are now landmarks in a museum made in his honour, The National Railway Museum Shildon.

The museum as it is today was opened in 2004 by former Prime Minister, Tony Blair, who hails from the region. Sitting on the site of The Timothy Hackworth Victorian Railway Museum, the museum is a popular tourist spot and a great reminder of the North East’s industrial roots.

St Astier was initially commissioned to carry out an assessment of the various buildings around the site, including the coal drops which had fallen into disrepair over the years. 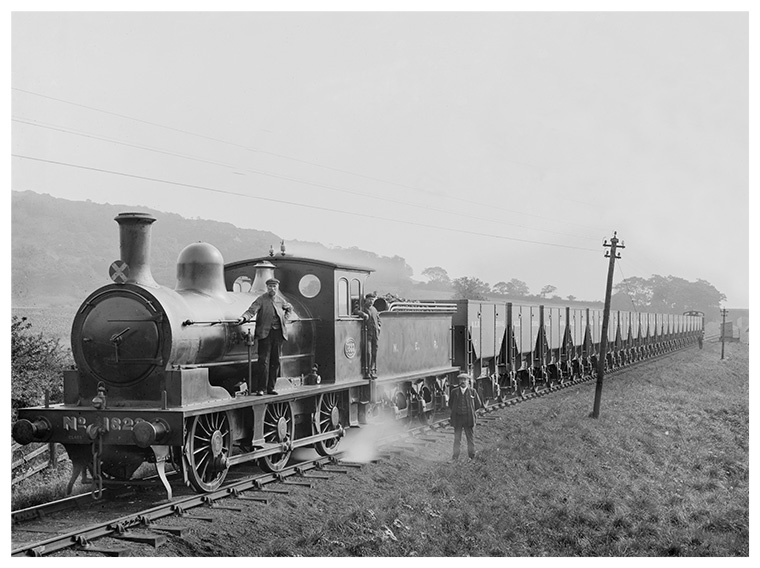 Major deflection, sections of missing stone and cracking was noted to the sandstone wall face of the coal drops, resulting in several of the large copings in particular sitting precariously at the wall top, adjacent to the railway line which serves the museum. The extensive cracking was apparent throughout, generally associated with plant growth, and voids were recorded where separation had occurred within the wall and where there was rainwater ingress, resulting in the subsequent settlement of the rubble fill. Brick formed arches had also deflected, requiring re-setting and packing to fill voids. The drops; built in around 1850, are now a grade II listed structure.

Coal drops were used for the refuelling of locomotives.  Hoppers (wagons with opening bottoms) filled with coal were shunted up steep ramps and along to the top of the drops, while a locomotive drew up below, ready and waiting in front of the stone arches. The hoppers then emptied the coal into the iron chutes below straight into the tender of the locomotive, making light work of what was once a laborious process by hand.

In order to achieve a long-term repair solution, the main contributory cause, ingress of rainwater, had to be addressed. Ideas to reform the capping with “puddled” clay to provide a relatively impervious layer was discounted despite having traditional conservationist merit, mainly because of the extra weight the clay would impart on the structure. It was, however, accepted that a waterproof layer was an essential requirement, even if this introduced a modern membrane.

As the ground on top and to the rear of the structure consisted mostly of a topsoil capping with the leftover slack coal waste beneath, it was decided that there was in fact no water retaining substance to prevent water migrating down and out through the face of the structure. The proposal was then to incorporate “blanket” drainage along the entire length of the coal drops, thus diverting the water away from the face and into a natural soak away drain at the rear of the structure. 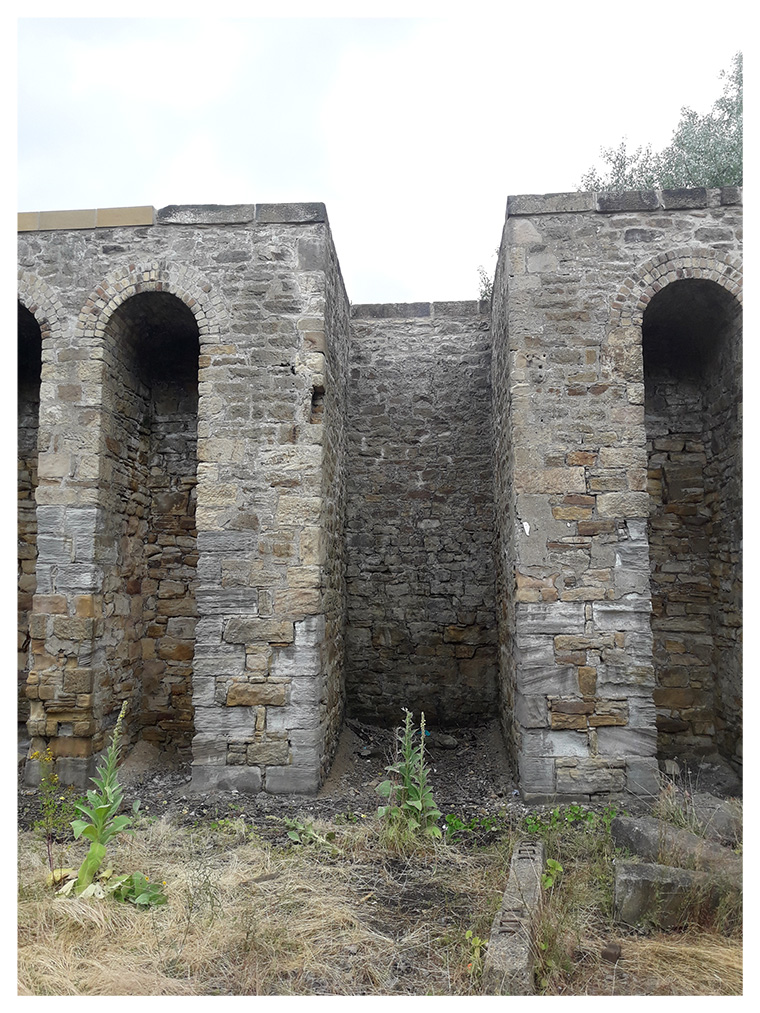 An issue that arose during the works was the discovery of birds nesting in the wall of the chute. St Astier had to strip the scaffold up to the area where the birds were nesting in the chute and stop working immediately. Under the Wildlife and Countryside Act 1981, wild birds and their nests, while they are actively being used, are protected by UK law. St Astier stopped working in April and continued the works to the drops in late August after the birds and their young had left the nest.

There were also several areas where stone and mortar was missing or had become dislodged or loose. Once these were identified, new stone copings were manufactured at a local quarry to remain authentic to the original design and brought to site to be fixed in position to replace the missing units. Poor areas of previous repair were removed and replaced with more sympathetic techniques.

Defective areas of masonry and pointing were carefully removed to preserve the structure and dismantled then rebuilt and replaced using a breathable Natural Hydraulic Lime based mortar. 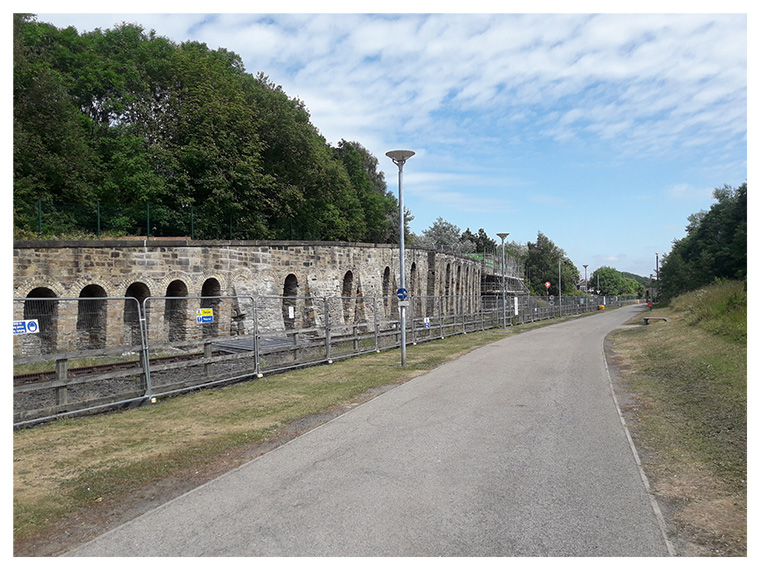 Areas where historical movement and bulging were evident were strengthened with the installation of Helifix Masonry Beams. These beams are used to stabilise and reinforce the structure and redistribute the load. In combination with the Masonry Beams, Helifix Sock Anchors were also installed to further reinforce the coal drops prior to them being repointed with the aforementioned Lime based mortar.

The museum remained open during the works and the health and safety of the general public was of great importance at all times. Care was taken at all times when moving materials and plant from the compound to the site and we ensured that our operatives kept every access gate locked at all times during the works.