A MK1A Supermarine Spitfire in Stone 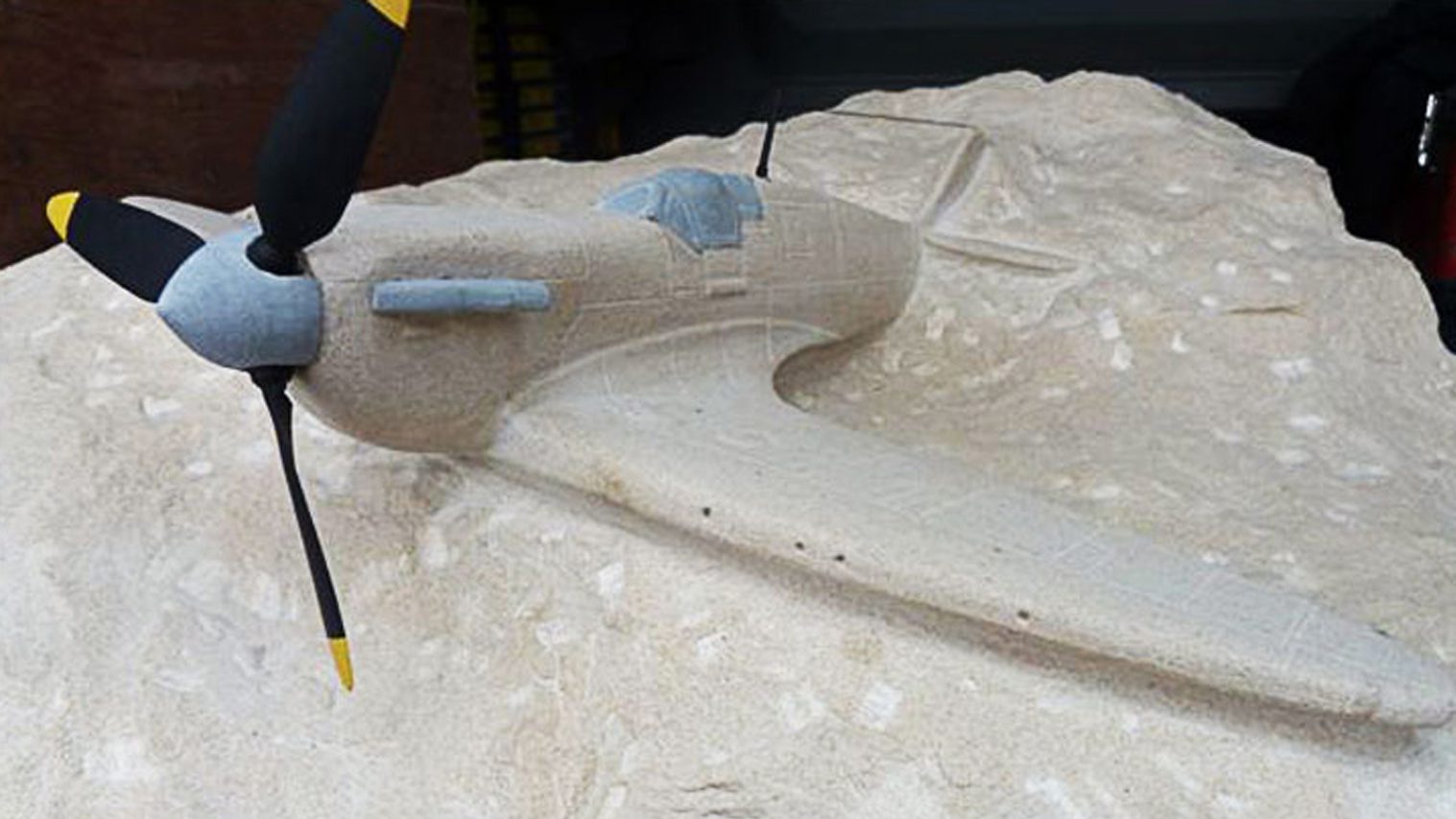 Shown emerging from the clouds, this is believed to be the first ever 3D Spitfire carved from stone. It is the work of our partnering stonemason, David France, who specialises in sculpture commissions, hand cut lettering and template making services.

Measuring over 18 inches from wing tip to wing tip, the Battle of Britain fighter took shape from a 700mm square-cube of Dunhouse Bufff – a fine grained blonde stone used extensively in the region for both restoration and new-build projects. The aircraft has been recreated in amazing detail with each of the fighter’s panels and fittings accurately depicted. The attention to detail extends to the various surface properties with Dunhouse Grey – a tight grained smooth stone – used to approximate the metallic and glass finish of the propeller and cockpit.

The project required extensive research to ensure that the carving was faithful to the design, form and variation of the chosen Spitfire. With the aid of a model of the MK1A’s three bladed twin pitch metal propeller, David was able to produce scaled templates from which to base his work. In total the piece took just over two weeks to carve and is a fine tribute to Reginald J. Mitchell (the Spitfire’s designer) and to the men and women who manufactured, maintained and flew these magnificent machines during their service in and after World War II.

Of course, a man of David’s talent is no stranger to the limelight. He has recently designed and produced a stone cross for Sedgefield which was unveiled by Princess Anne earlier this month to commemorate the 700th anniversary of the market town. As with much of David’s earlier work, the Spitfire is already receiving a great deal of attention and has been displayed at Sunderland Air Museum and also at Veterans Day in Sedgefield.

Coming to an Exhibition Near You

The Spitfire sculpture, along with various other pieces of David’s work which are available for sale, will be exhibited at the Great North Arts and Culture Show taking place on Saturday 4th & Sunday 5th of August at the Wynyard Rooms in Billingham. The event is set to be the largest arts and craft show in the North of England and promises to be a great day out for all the family. Please do go and say hello to David whilst you’re there. We’re told that there will be an opportunity to try your hand at stonemasonry under his watchful eye.