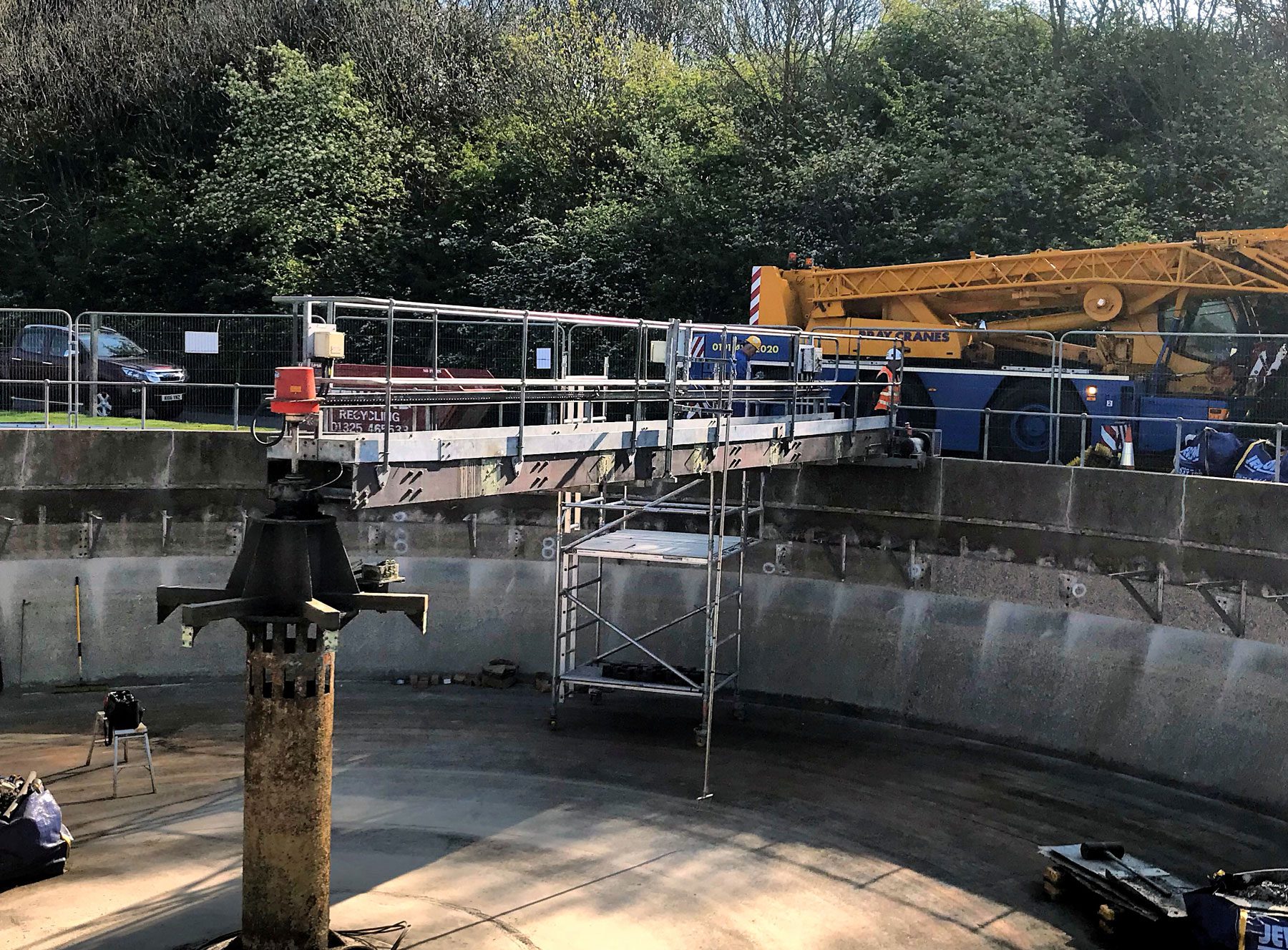 As part of refurbishment works to 6no final settlement tanks St Astier were appointed to carry out concrete repairs to defects in the concrete structure of the tanks. Work is being carried out on a rolling programme with each tank being returned to service before the next tank is drained.

To prevent reoccurrence of the problem St Astier cut the cracks to form a clean joint and pointed them using Hybriflex SMP which provides a hard wearing repair with a degree of flexibility to accommodate any future movement.

When the tank was drained down it exposed areas of concrete failure in the base of the tank which were cut out and repaired using Natcem 35 Fast setting cementitious repair mortar to facilitate an early return to service.