Concrete Repairs on the 2000 Tonne Bunker 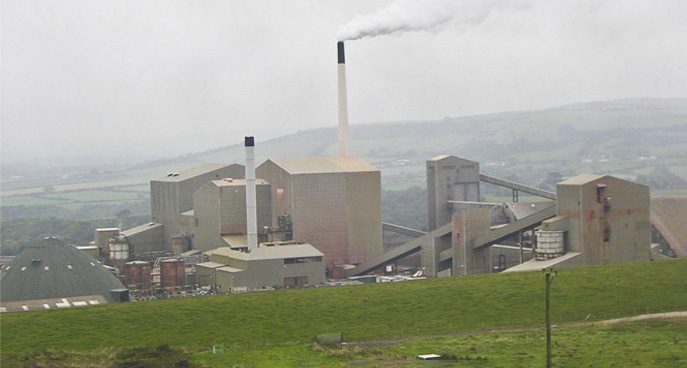 The 2000 tonne bunker receives the potash from a small inlet chute at the top of the structure, some 40 m above ground level.

The corrosive nature and the impact of the incoming potash had caused severe damage to the 3 cross beams which brace the whole structure. Steel deflector plates which had been installed to protect the concrete, concealed the extent of decay. The eventual failure of the plates meant that emergency repairs were required to the beams. Impact to mining operations was paramount and a 7 week maintenance slot was allocated to these repairs. 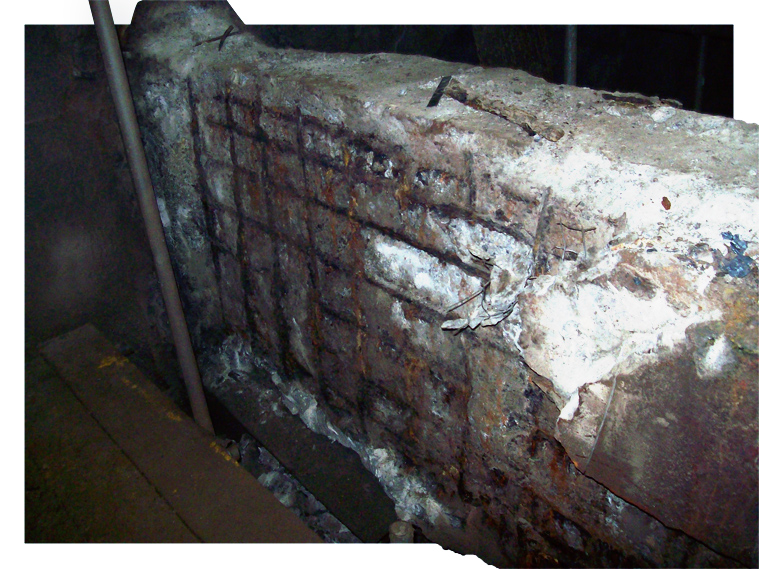 The sprayed concrete had de-laminated and posed a serious health and safety risk, initially to mining operations below, but also to the scaffolders erecting the working platforms. 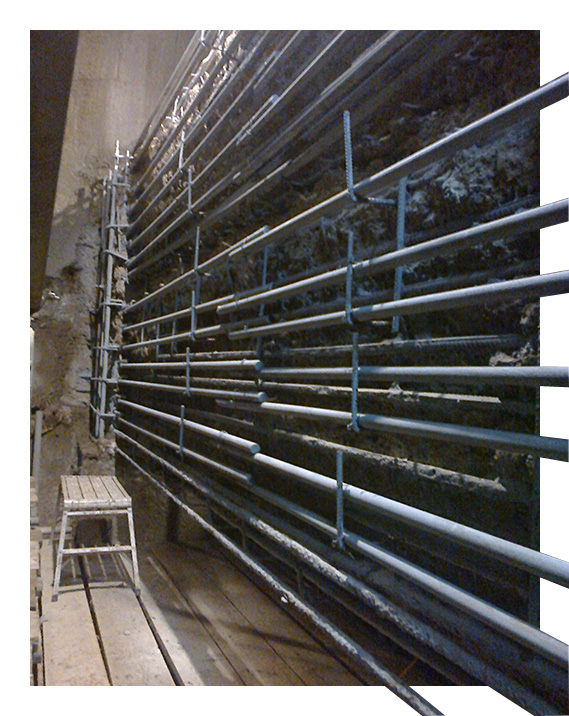 All of the works required fully trained operatives with confined space qualifications. All plant and materials had to be lifted firstly onto the bunker head, some 40 m above ground

Following assessment the steel rebar was found to be extensively corroded and additional steel was introduced. 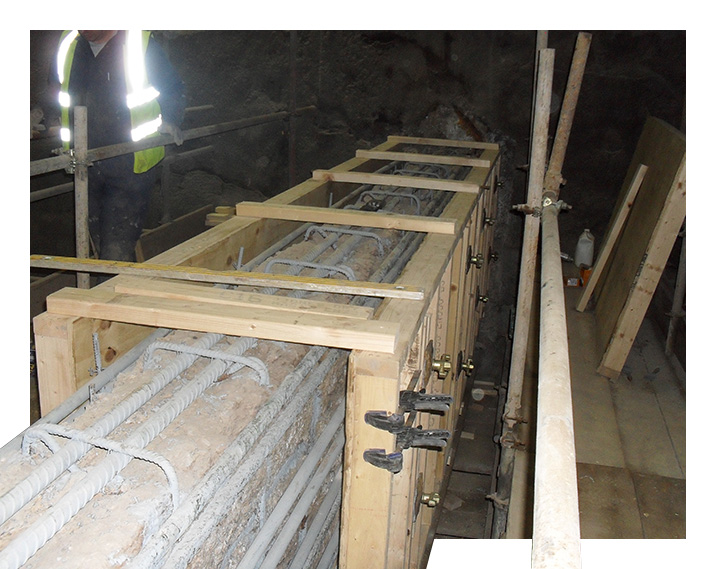 The steel was fully exposed, cleaned and primed and all badly corroded members were replaced before heavy duty shuttering, which was made on site, was fixed in place.  The shuttering was bespoke and self-supporting; independent of the scaffolding. 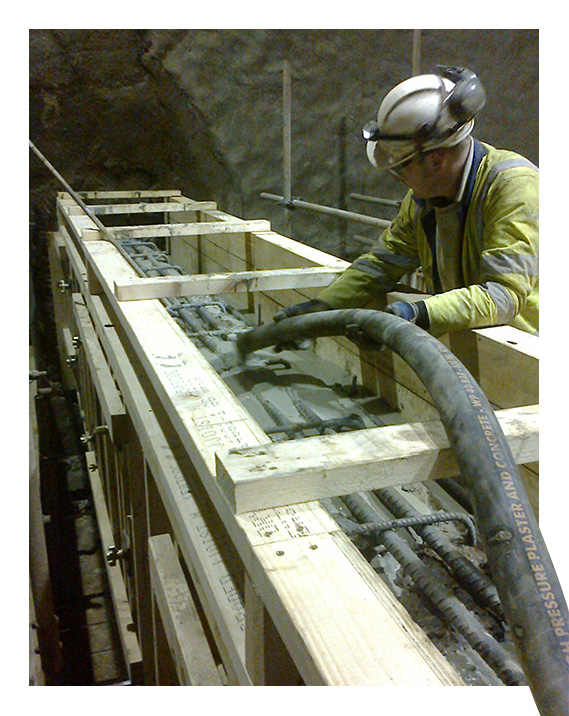 The concrete beams were reformed using pumped micro concrete.  Approximately 4 tonnes of concrete was used to re-cast each beam.

At the end of each shift the pump was stripped down and cleaned out to enable the activities the following day to run smoothly. 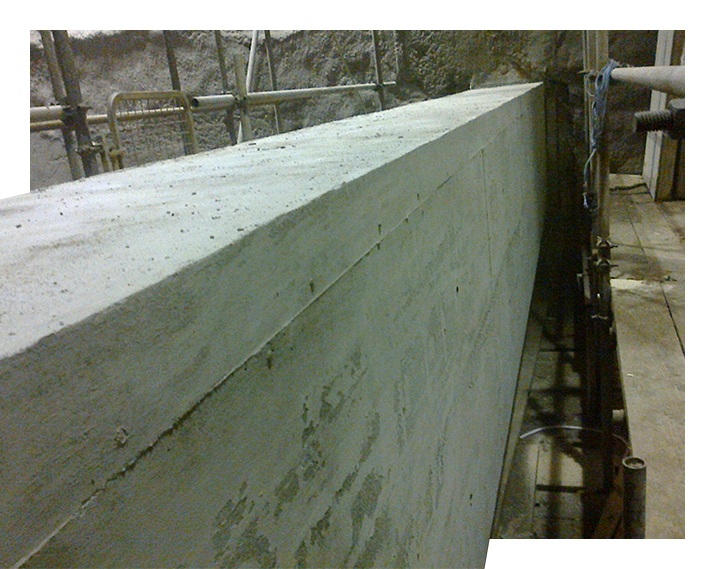 The project was completed within 7 weeks and to budget.  This enabled the bunker to be re-commissioned on programme without disruption to productivity.