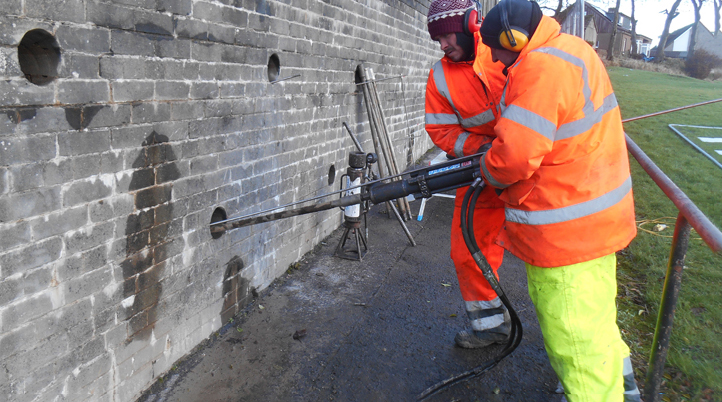 A 2M high brick retaining wall in Blackridge was in need of stabilising following a monitoring regime confirmed it was learning in excess of 75mm.  The scheme was designed by Anchor Systems Ltd which included the installation of duckbill anchors. 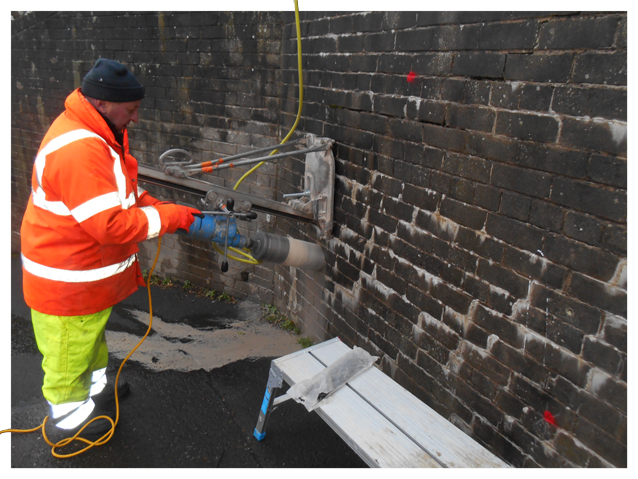 Prior to beginning the works, an assessment was carried out to establish the imposed forces on the retaining wall. Calculations were produced to determine the number of anchors required to stabilise the wall and a test anchor confirmed that the Duckbill Anchors had to be installed to depths of 5m to achieve the required loads of up to 20kN.

Following this, the first step was to drill 150mm diameter core holes at angles to correspond with the position of the anchors. 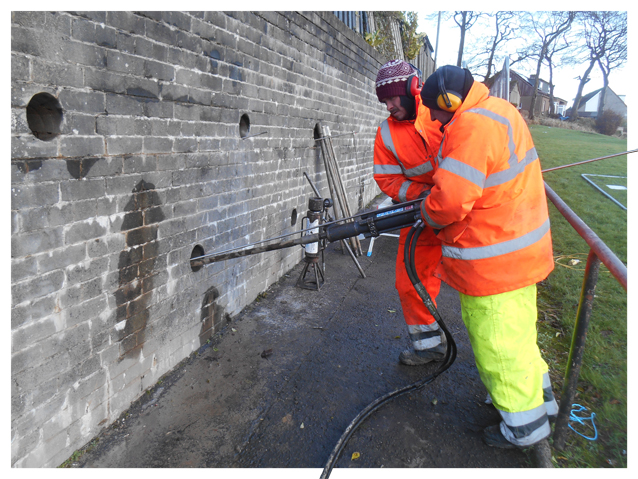 Mortar joints were cut out to allow for the installation of Helifix masonry beams which would pass behind the surface-mounted patress plates. 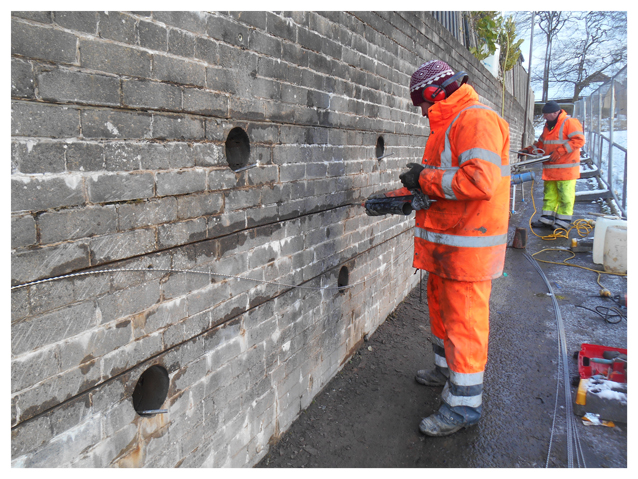 In order to offer a complete homogenous repair solution, St Astier commissioned an additional design from Helifix which facilitated the installation of continuous Masonry Beams to span between the anchors.

Continuous Helifix Super 6 Masonry Beams were installed in 3 rows to the full length of the wall, effectively enabling the retaining wall to act as a diaphragm. 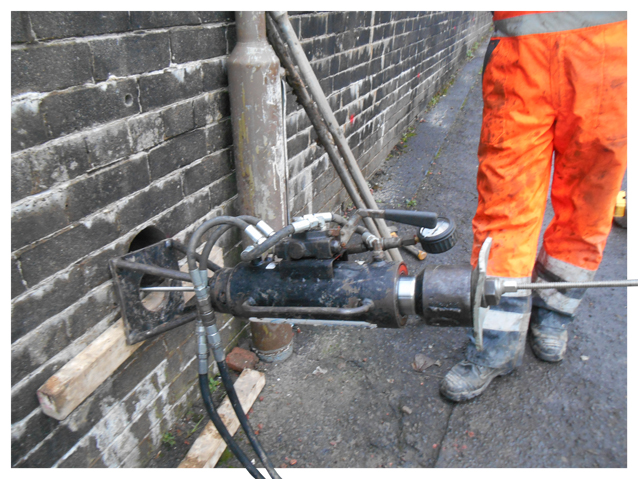 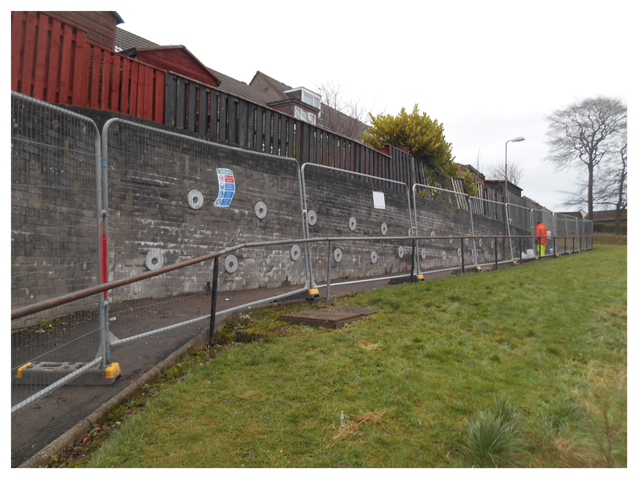 The locked-off anchors were secured with recessed locking nuts and patress plates, effectively transferring the loads immediately onto the anchors.

The recessed patress plates are commonly used on public highways and the tendons are cropped within the fitting to remove any hazards to passers-by. 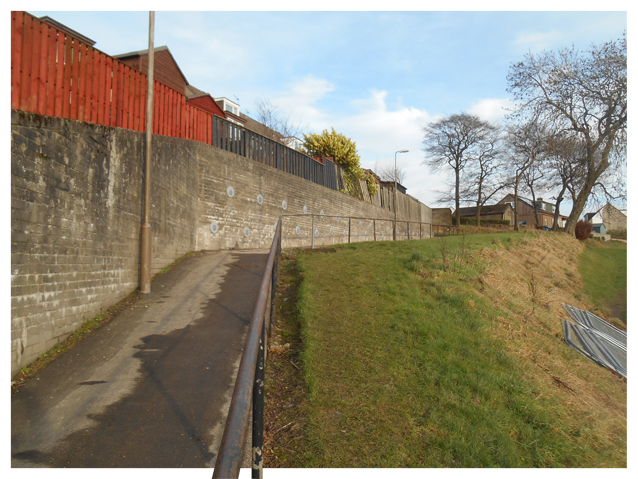 Once the anchor and beaming installations were complete, the wall partially was repointed and rebuilt, and the works area cleared. The project was completed within budget, within program and without any inconvenience to the local residents.