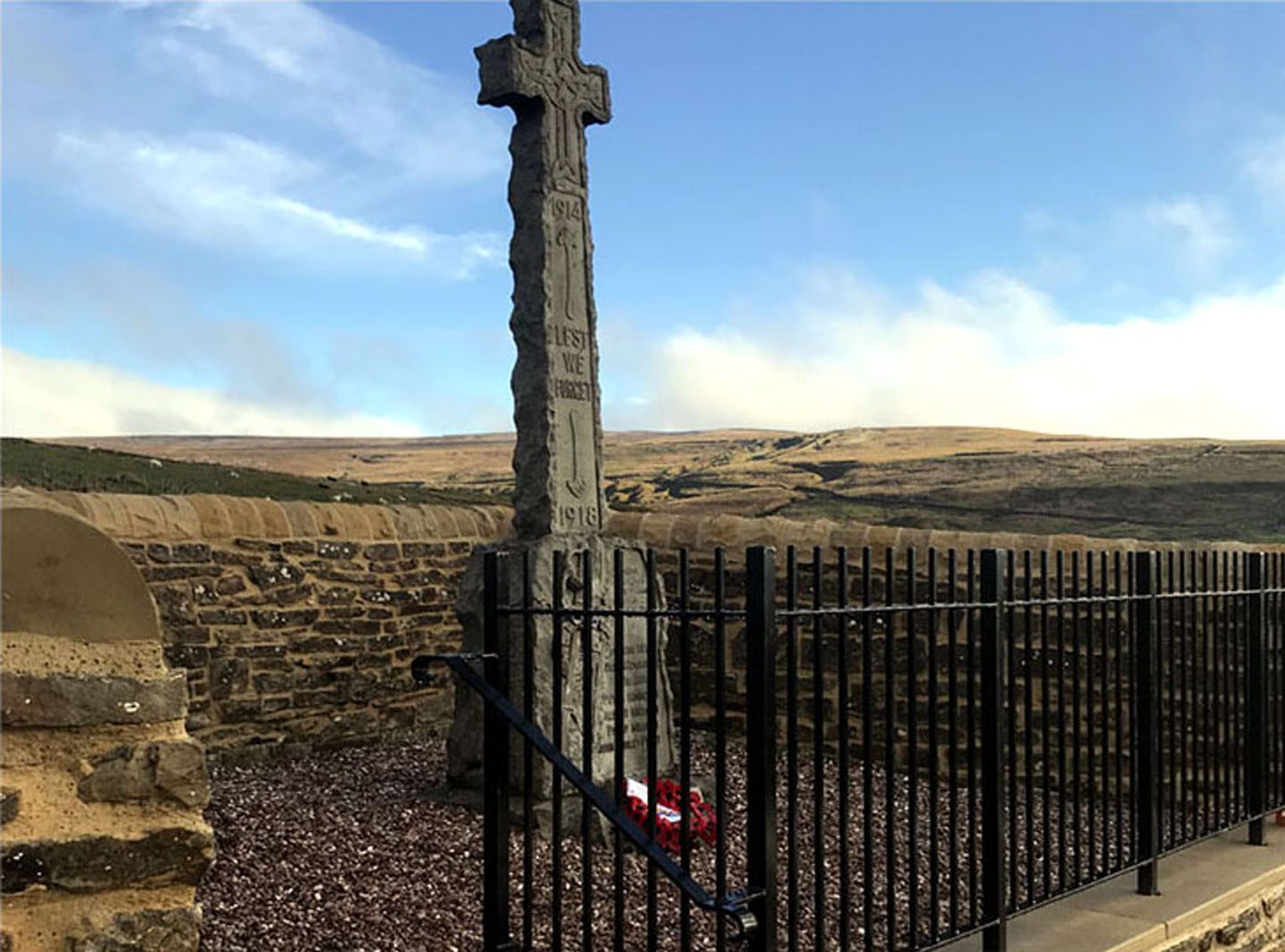 Cowshill War Memorial, situated in the scenic and rural district of The Wear Valley, was unveiled to the public on the 27th of May 1922 by Lt-Col Leather of the 20th Battalion Durham Light Infantry. The road-side plot was donated by a Cowshill resident, JJ Peart of Bents House, who had lost a member of his own family during the First World War. 7 local servicemen who sadly lost their lives in the effort were honored on its unveiling, and 3 more names were later added to the memorial honoring those who gave their lives in World War Two. The monument, a tall and proud cross adorned with beautiful Celtic-style carvings, is Grade II listed.

The works carried out by St Astier within the renovation scheme included the formation of a new access point and the installation of a new powder coated hand rail, meaning that the monument is now more accessible than ever for people wanting to pay their respects. The existing retaining wall was repaired and the flowerbeds were soft landscaped. The cross itself was DOFF cleaned and re-lettered to bring back the former glory of this historic structure.