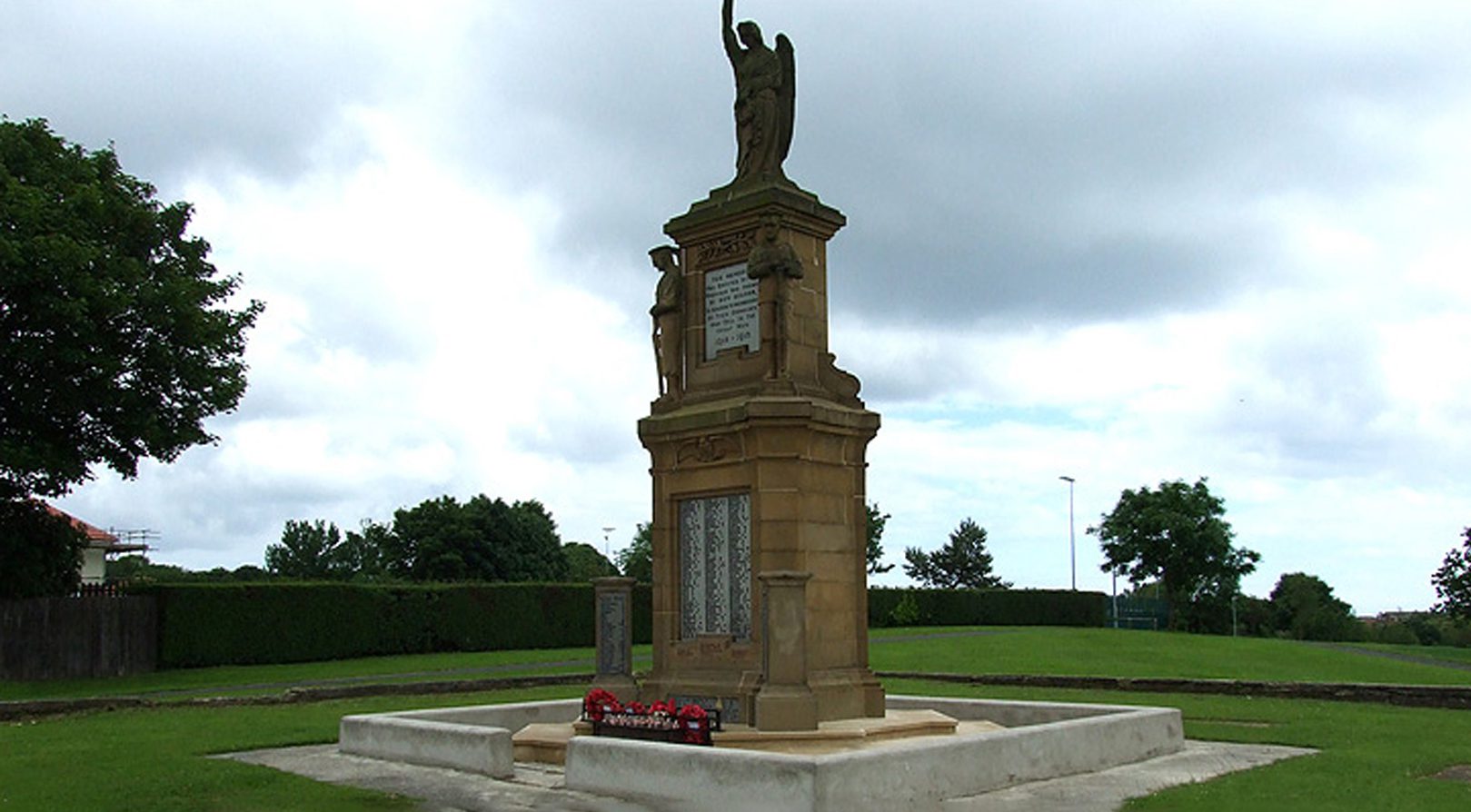 Located on a crest of a hill within the grounds of Seaham Town Park, the 30ft high grade II listed monument was erected by the workmen and friends of New Seaham in remembrance of their comrades who fell in the Great War 1914-1918. It was designed, carved and built by Ainsley and Collins of West Hartlepool – a firm composed entirely of disabled ex-Servicemen – and officially unveiled in 1923 by the Marquis of Londonderry. To either side are two small free standing pillars which hold the names for those that fell in the 1939-1945 campaign.

The ceremeony marked the completion of essential repair works after the cenotaph had suffered from vandalism and fallen into a state of disrepair. Severe cracking was evident to the concrete base which was attributed to poor mix and inadequate preparation leading to crazed cracking. Continuous freeze thaw cycles and weathering had resulted in further deterioration which subsequently contributed to structural movement across several areas of stonework, opening up the perpendicular mortar joints.

The renovation works were designed to make the war memorial attractive, safe and in keeping with its historical context. To this extent, defective sections of the concrete steps that had been susceptible to frost damage were broken out, prepared and re-cast in concrete to match the original detailing and profile. The paving was reinstated using Dunhouse Buff Sandstone onto a bed and pointed in a lime based mortar. Selective re-pointing with historic lime mortar was also undertaken.

Works were funded by Seaham Town Council, Durham Miners Association, Seaham School of Technology, Royal British Legion, and the Remember Them Fund with St Astier providing some elements of work for free as a committed member of the local community.