The Centenary of World War I 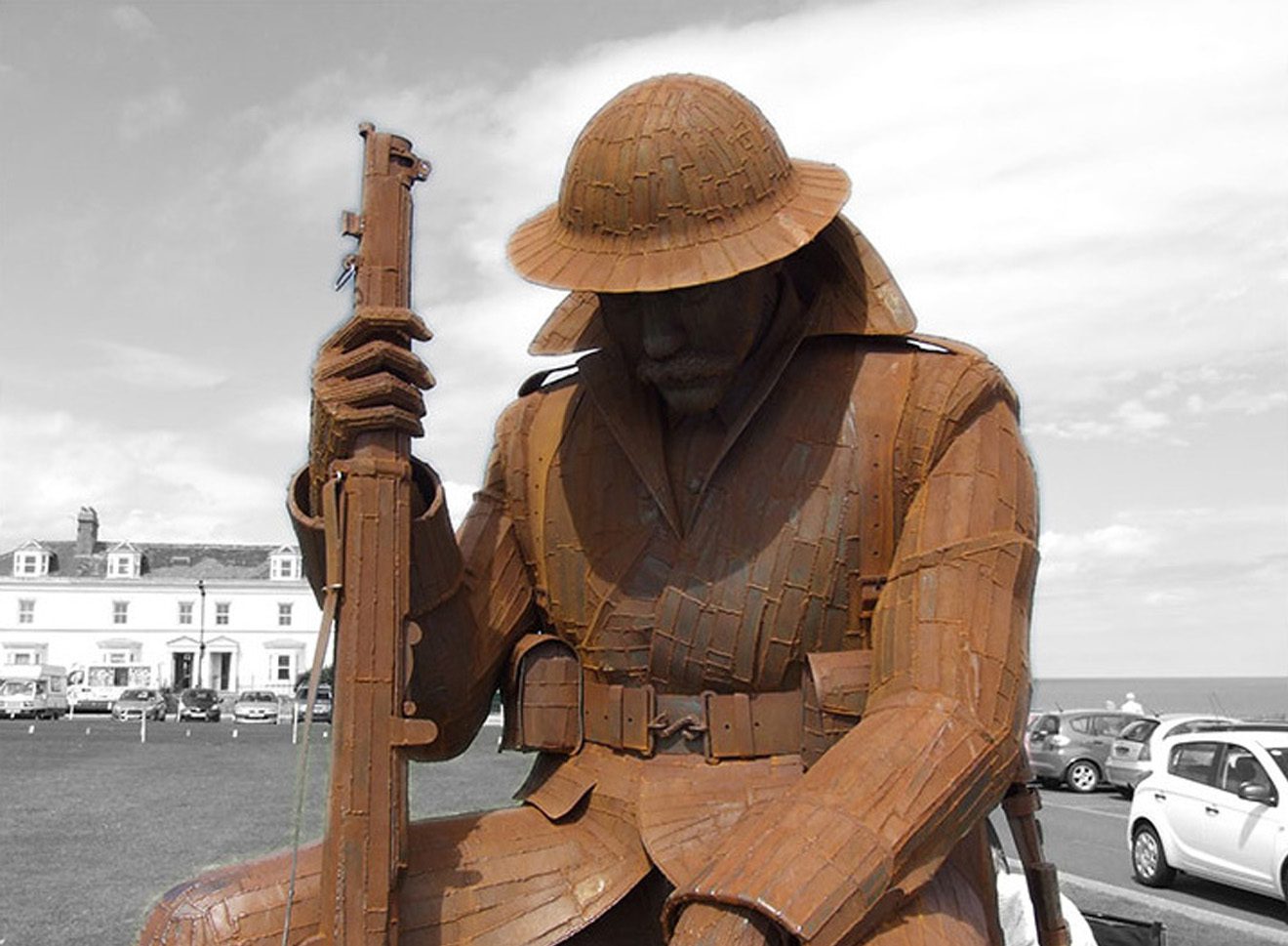 Medomsley MemorialLettering on the memorial carefully cleaned out using tungsten tipped chisels and repainted. Branches overhanging the memorial cut back and removed and new gates installed.

Ryhope Village War MemorialDefective mortar joints re-pointed with a natural hydraulic lime mortar. Letters to the plinth and metalwork around the base of the memorial repainted.

Worn slab surrounding the memorial cut out then shuttered to match the original profile and replacement slab laid. Additionally a concrete plinth formed either side of the gates and a new wooden bench installed. 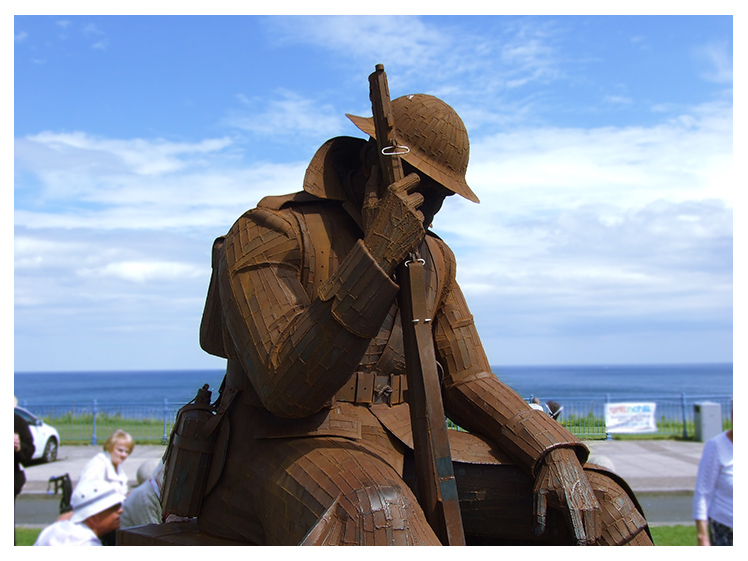 Every town has its own stories of sadness and loss. Of course Seaham is no exception to this, but in many ways the sadness was lessened when an awe inspiring sculpture was erected on The Green next to the Cenotaph. 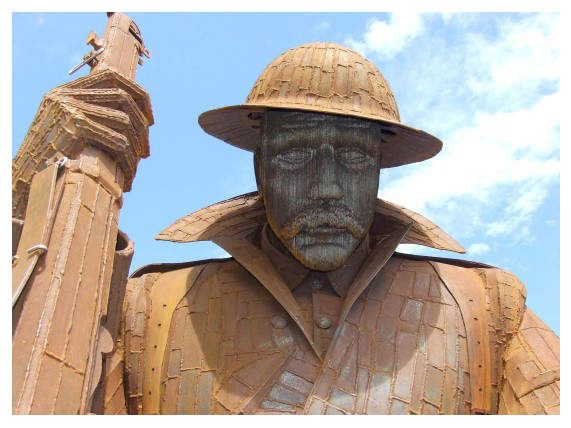 Local artist Ray Lonsdale chose the seafront to exhibit his latest magnificent sculpture “Eleven ‘O’ One” which commemorates the first minute of peace at the end of World War I at 11.00 am on 11 November 1918.

Christened “Tommy” by the local townsfolk, the piece is not only a sad and despairing reminder of the horrors of World War I, but the figure unlocks deeper emotions in all of the visitors who have travelled to see it.

When I first visited Tommy I felt his sadness, shared his losses and understood why he gazes upon us with regret and sorrow. Then the magnificence of the skill of the artist uplifts you and you begin to feel that despite his hollow expression there is hope, and there is relief, and most of all there is a future.

Ray’s poem says it all. 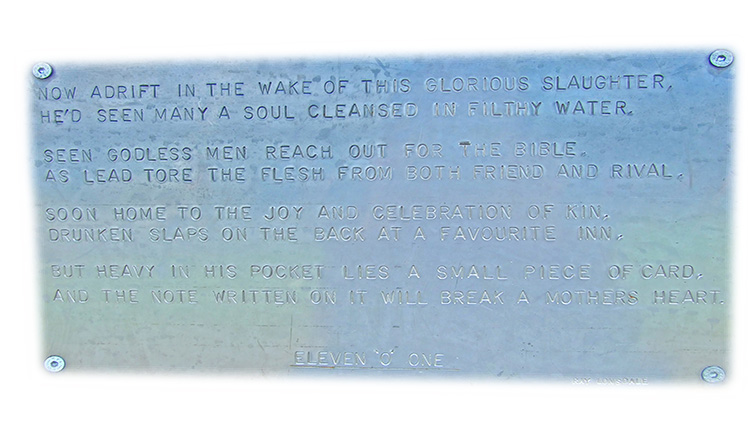 Ray originally planned to loan the sculpture to Seaham for a period of 3 months however an inspiring togetherness spread throughout the town and a number of dedicated men and women formed a committee to secure the piece and so began a huge fund raising challenge. The residents of Seaham, visitors from North East area and may I add, from around the world, along with local businesses had a short period of time to reach the £85,000 target to keep Tommy.

Carol and I are both originally from Seaham; our business is based there and the majority of our workforce live in the town. We were both so very proud to discover that Seaham had the honour of displaying such a thought provoking sculpture. As soon as we were made aware of the fundraising effort St Astier made a donation of £5,000 to “Mission 1101” to keep the momentum going.

I am delighted to say that the funds are now in place to make Seaham the permanent home for the returning hero. 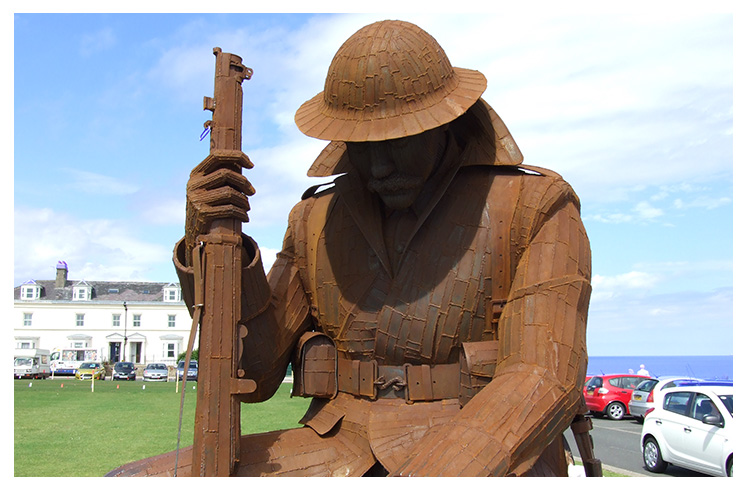