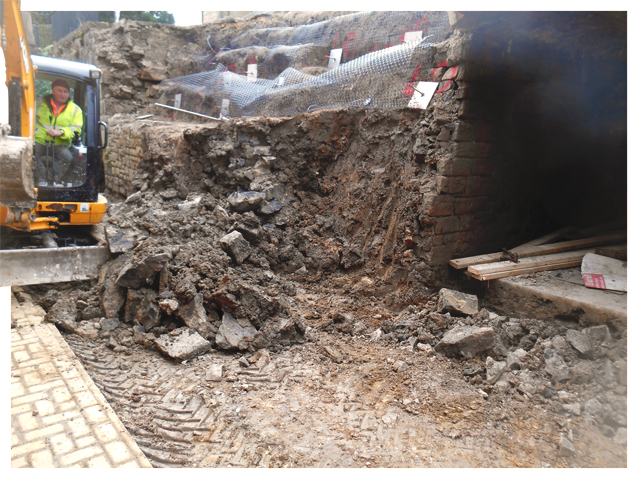 Following the partial collapse of a 5m high retaining wall onto the footpath of a nearby residential estate, urgent action was required. 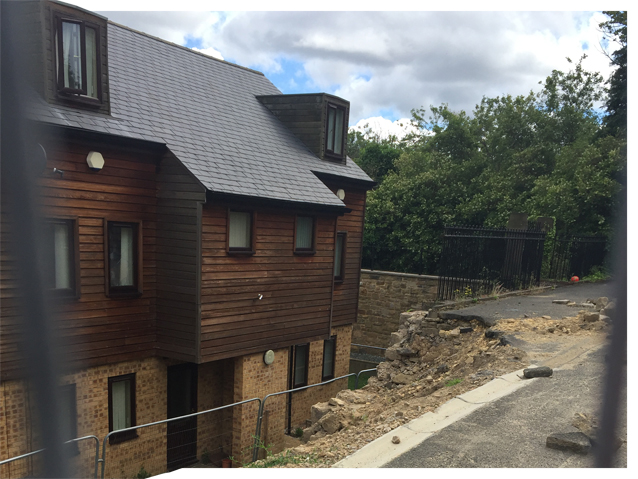 The partial collapse of a 5m high stone retaining wall, due to hydrostatic pressure, posed an urgent health and safety risk to the nearby residential estate.

The wall was a complex structure which had 4 large vaulted arches built within, reaching under the backside by 5m. 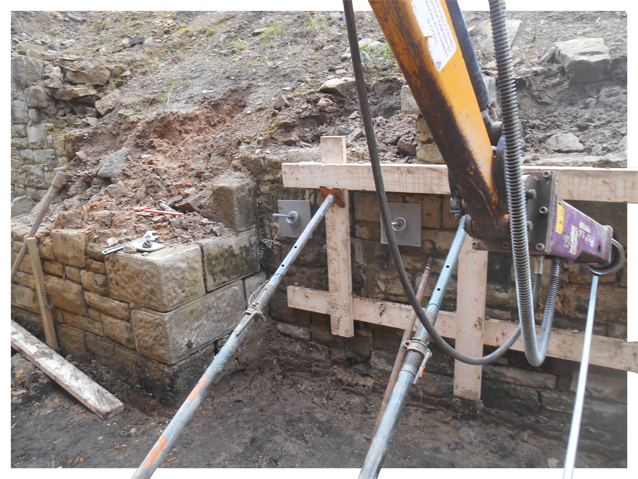 The proximity of the church meant that remedial repair options were limited and the risk from further collapse to the remaining sections of the retaining wall was a major concern. Timber shoring and temporary anchors were installed to safeguard the residents and operatives from falling masonry. 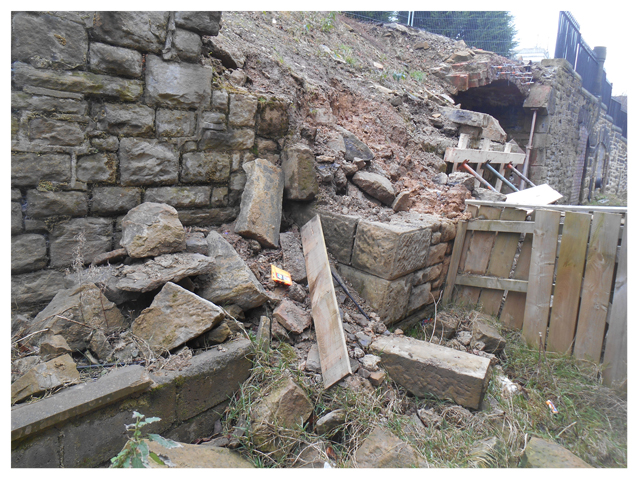 One of four arched vaults had also partially collapsed and this was strengthened by installing sock anchors into the brick crown.

Once the area was made safe, the debris was removed to allow for the installation of the permanent ground anchors. 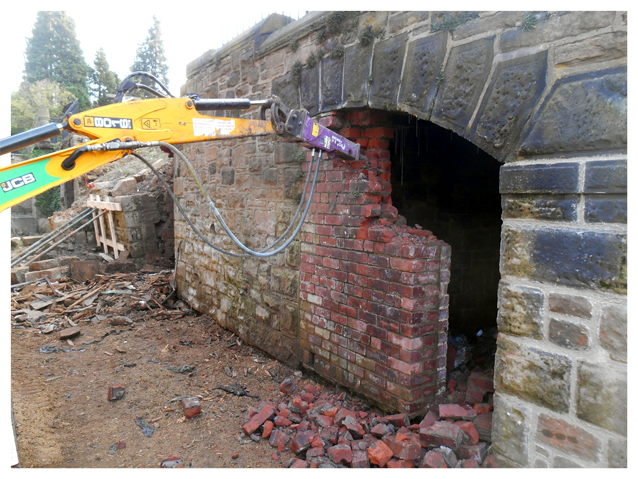 The vaults were opened to allow the structural engineers to assess the masonry to the flanks and the rear.

Extensive cracking was noted to all 4 vaults and these were repaired with sock anchors. 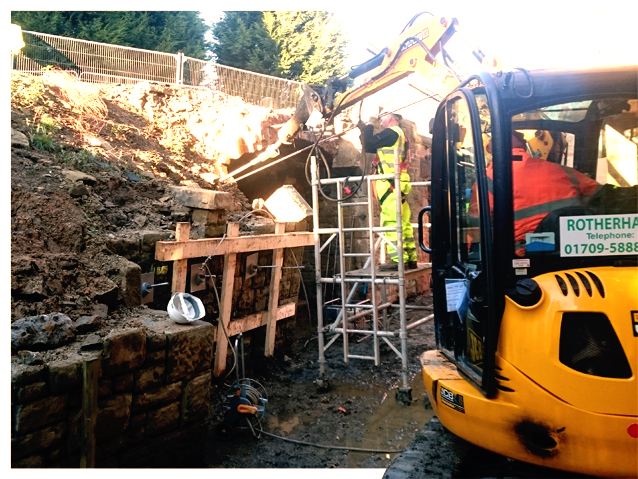 8m long stainless steel anchors were installed at 1.0m centres. These were driven using a 3 tonne excavator. The anchors have a 120 year life expectancy. 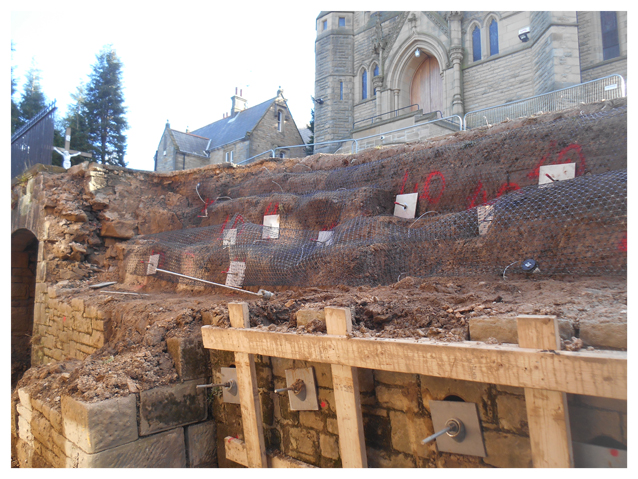 The bank-side was terraced and reinforcing mesh was installed prior to the loading and locking-off of the anchors. 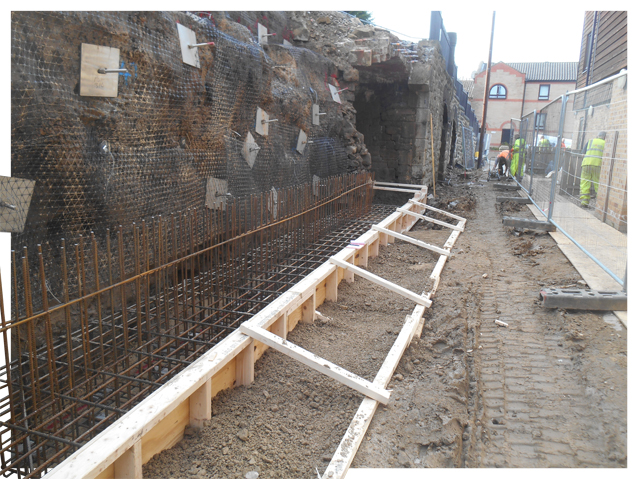 A fully reinforced foundation was cast to support the new retaining wall. The foundation also underpinned the sides of the arched vaults and the sections of the remaining walls. 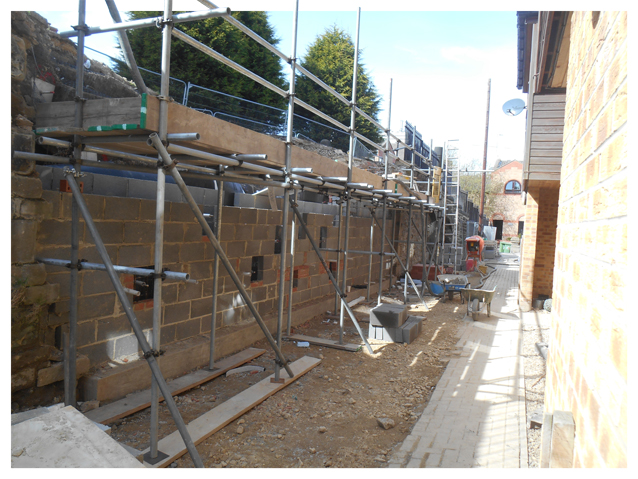 The foundation concrete was pumped and a scaffold was erected to enable the 450mm thick reinforced wall to be built. The wall was tied to the anchors with couplers and extensions to enable the wall to be backfilled. 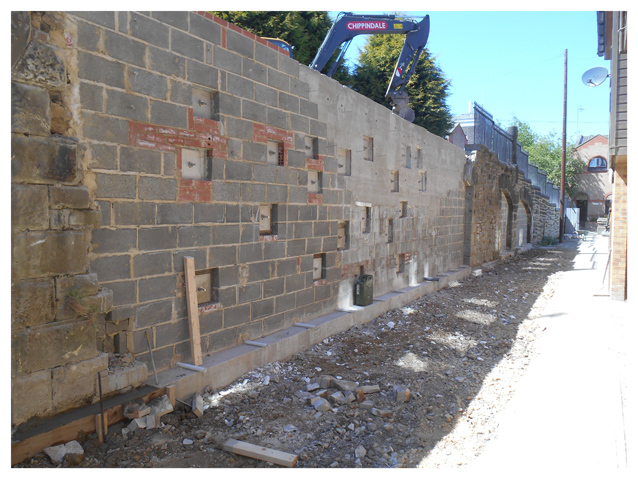 Secondary stainless steel patress plates were fitted to complete the installation. The grouting of the arches meant that vehicles could access the wall from above, enabling backfilling using heavy plant. 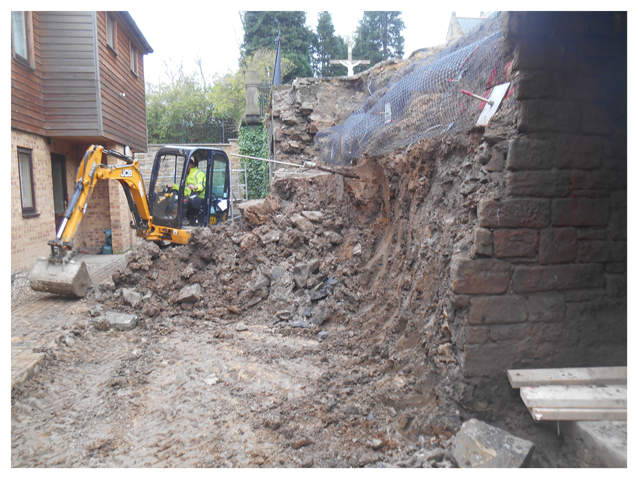 The remaining sections of the wall which had been temporarily anchored were removed to enable the lower, permanent, anchors to be installed. 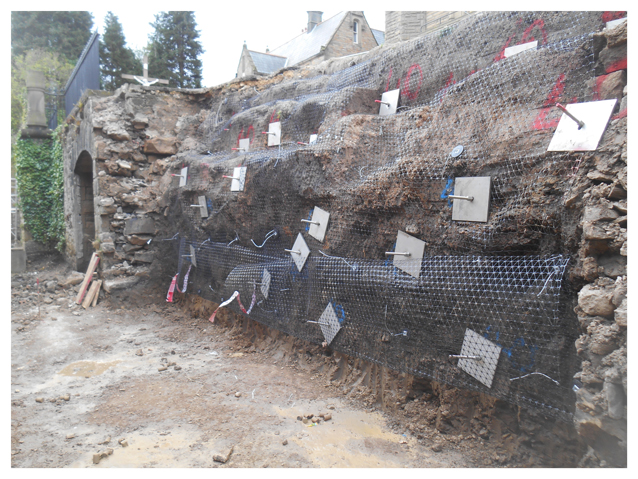 Once all of the anchors were installed, loaded, and locked-off, the site was prepared for the next stage. This included the grouting of the vaults and the construction of a new retaining wall. 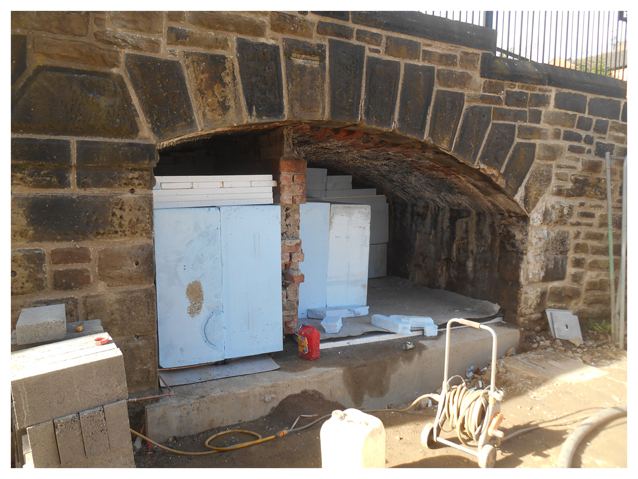 New concrete floors were cast inside the vaults and drainage was installed. Structural polystyrene was used to bulk out the voids prior to building the interfacing walls and pressure grouting. 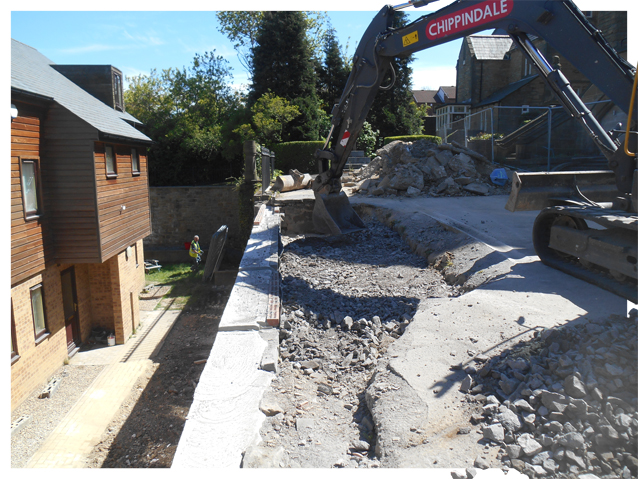 The fill material was placed and compacted in layers. Weep holes were installed at the base of the new wall to drain the newly installed fin and perforated drain. 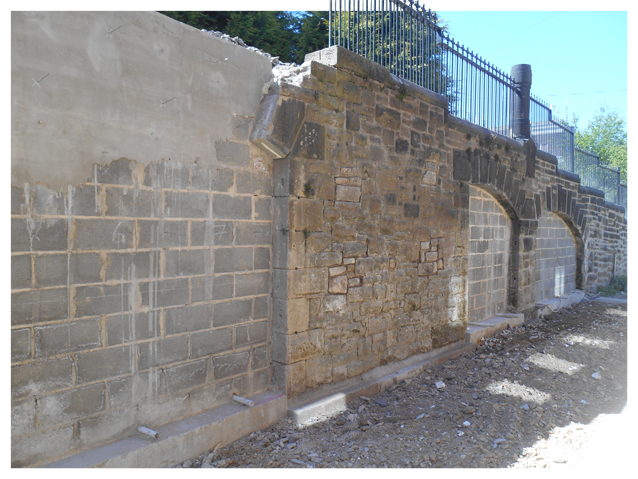 The anchors holes in the new wall were ‘pieced in’ and 4 additional anchors were installed in the adjoining remaining wall. The patress plates were embedded in the masonry and concealed behind the walling. 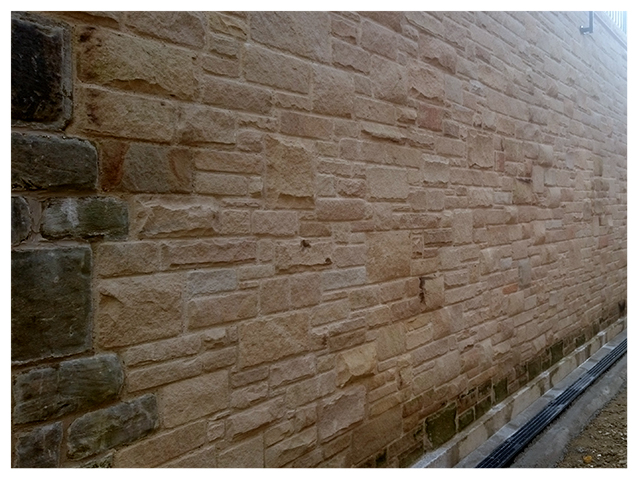 The site was cleared in readiness for the construction of the new stone facing wall the installation of the ACO-Drain.